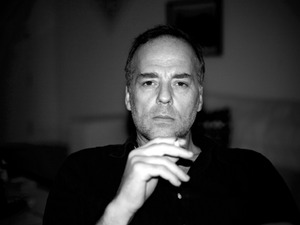 Son of renowned furniture designer Ricardo Fasanello, he discovered his passion for photography at the age of fifteen as he contemplated the pictures his mom, a lover of this art form as herself, took from the pieces designed by his father in their studio in the bohemian neighborhood of Santa Teresa in Rio. At the age of twenty, Fasanello choose to embark on a four month long bicycle voyage which took him form Rio to San Francisco, CA, rather than attending college in Rio, a decision he considers to have given him the equivalent of a Bachelors and Masters Degree in terms of the experiences and knowledge he was able to acquire. In 1988 Fasanello began his career as a photojournalist working for Jornal do Brasil, where he worked for four years, until moving to New York in 1992. There, he worked as an assistant photographer to professionals such as Christopher Von Hoenberg, Claudio Edinger, until later becoming an associate photographer to Henry Bull Studio.

Back in Brazil in ’94 he co-founded Strana, producing material for such Editorial Publications as; der Spiegel, Biography Magazine, Paris Match, Elle, Marie Claire, Veja, Época, Vizoo, among others. In this time he also worked as correspondent to the, now extinct, French agency Gamma.

Always a gypsy at heart, Fasanello decides to embark on yet another voyage in the late 90s moving to Cuba for six months and taking the opportunity to completely rethink his approach as well as his own perception of the medium in which he had developed his work. Since then he has developed several essays worldwide, in which the search for a sense of contradiction inside the image is always present.