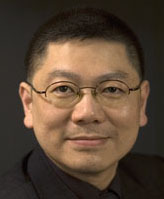 Leong has served as judge for more than 20 art exhibits, grants, and public art competitions, for example, the Best of America national juried exhibition, the 47th Annual Juried Exhibition by the Sumi-E Society of America, San Francisco Arts Commission and the Missouri Arts Council. Leong's work has been featured in international contemporary art auctions, art expos, and in museums and galleries worldwide through more than 60 solo and over 300 juried/curated group exhibitions, including The Art of Writing in Germany, the Taipei International Modern Ink Painting Biennial, the 11th National Fine Arts Exhibition in China, Re-Ink: Contemporary Ink Painting 2000-2012 in Beijing, Nanjing International Art Festival, and Macao’s Proposed Artworks for the 54th Venice Biennale at the Museu de Arte de Macau. Leong has also received over 50 awards and extensive recognitions, including a Gold Medal at the Creative Quarterly international art competition in New York and Best of Show at the 42nd Annual Juried Exhibit by the Sumi-e Society of America. In addition, Leong has published several books of his paintings and calligraphy, more than 50 essays on the topics of formalism and art education, and currently completing a book of his theoretical research entitled The Visual Forces of ? Curve.

Leong’s works can be found in more than 10 museum and over 100 notable corporate and private collections, including the Cantor Center for Visual Arts at Stanford University, the Asian Art Museum of San Francisco, the Minneapolis Institute of Arts, the Museu de Arte de Macau, the Guangdong Museum of Art, the Written Art Foundation in Germany, the Morrison & Foerster law firm, Cathay Bank in California, The Westin Surabaya in Indonesia, and The Tokyo Westin in Japan, as well as public art projects for the Columbia City Hall and a 26-foot-diameter granite inset calligraphic medallion for a San Francisco city park. Additionally, Leong has collaborated with dancers and composers on video animations and multimedia performances, which have premiered in San Francisco’s Yerba Buena Center for the Arts, Kansas City’s Kauffman Center for Performing Arts, Skaneateles Festival in NY, and Musicacoustica-Beijing.

Leong’s art and achievements have been documented in hundreds of reviews, publications and citations in newspapers, magazines, art books, websites, and on television internationally, including the front cover of New Art International in New York and the Creative Genius: 100 Contemporary Artists in London. Leong is a recipient of the Faculty-Alumni Award by the University of Missouri-Columbia and in 1999, San Francisco Mayor Willie Brown proclaimed November 19th to be Lampo Leong Day.

One of the most pervasive and enduring motives for artistic creativity must surely be the desire to express a sense of the awe and majesty evoked by the overwhelming power of Nature. Philosophers like Kant and Burke have given to this experience the name 'Sublime', and many powerful works of art from every period and culture bear witness to its force. Peter Voulkos' ceramic work exhibits the same heroic power as ancient Greek sculptures. Anselm Kiefer's paintings express the same grandeur that the painters of the Song Dynasty responded to in their Monumental landscapes. What but a feeling for the sublime accounts for otherwise inexplicable similarities in our responses to certain works of, say, Picasso and Michelangelo. The Sublime seems to impart to works imbued with its spirit something transcendental and timeless, something that otherwise belongs only to primordial Nature. My work also responds to this same spirit. Through my painting, I hope to allow the viewer to share my reverence and wonder before Nature's awesome majesty.

Trained both in China and the United States, I believe that today's artists arrive at a moment of extraordinary challenge and opportunity. Faced with the challenge of mastering, synthesizing, and transforming the elements of traditionally opposed aesthetic values, we have the opportunity to realize radical new possibilities in artistic creativity. For instance, in traditional Chinese painting and calligraphy, the expression of the brush strokes is a fundamental value. In the traces of the hand one can read not merely the marks of the calligraphic character, but also appreciate the instantaneous revelation of the artist's total experience focused in the moment of setting brush to rice-paper. By contrast, European painting since the Renaissance has explored the rich secrets of color in its love affair with light through accumulated layers. Utilizing unique techniques made possible by digital imaging technology, I have been able to fuse these two elemental values in multimedia and postmodern works that transcend the old paradigm of East-meets-West, reaching a new level of integration.

In my current series of paintings, Contemplation • Forces, I have evolved a post-modern visual language that incorporates the rhythm of wild cursive Chinese calligraphy with images from the outer space or the microcosmic world in color schemes reminiscent of the symphonic effects achieved by Abstract Expressionism. While I continue to pay homage to the spontaneity and beauty of the calligraphic stroke, in these paintings I literally shatter the written word, layering, overlapping, fading the mutable fragments in and out of dynamically shifting planes of meditative or molten hues. The strokes themselves, set free from signifying function, seem to dance in color fields pregnant with light. Energies shift and explode to create tension and serenity in an electric manner.

The images produced via my approach to the challenge of integrating a dual artistic heritage are as startling as they are paradoxically familiar, even intimate. These images might at times remind the viewer of elemental forces—seething magma, the formation of fossils, glaciations or solar flares. At other times, they might seem metaphoric of invisible dramas—cosmic or spiritual crises, powerful emotions recollected in moments of serenity. As for me, the inky blacks of figural marks playing against fields of colored densities and radiant lights speak of my own fascination with the processes of creation. Reflecting a reverence for both the spirit of Taoism and the Sublime, as well as an ever-renewed wonder at the universe revealed to us by modern science, my paintings celebrate the dynamic energies that give birth to new life, new planets, and new stars. These paintings provide glimpses into the crucible of genesis.

Magnificent views of the earth captured from the air.

“The Great Salt Lake I”

“The Fading Glory I”

The Fortress of Monte

“Fortress of Monte I”