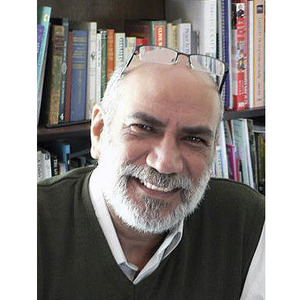 - Graduated from the Faculty fine Arts Cairo, Egypt, 1982
- Free studies in
The restoration of monuments
Coptic Arts and History of Arts
Computer Graphics Diploma from the Russian Cultural Center

Began to focus and interest in mosaic art since 1990, and adopted the idea of restore life to Micro Mosaic art
After 18 years of hard working through a Unique artistic approach and much of artistic experiences Saad created the first solo exhibition in the world under the name (New Symphony with a Note of History) which was a milestone - not only for Saad - but also to maximize the concept of mosaic art in the world

Naguib Mahfouz (December 11, 1911 – August 30, 2006) was an Egyptian novelist who won the 1988 Nobel Prize for Literature. He is regarded as one of the first contemporary writers of Arabic literature, along with Tawfiq el-Hakim, to explore themes of existentialism.[1] He published over 50 novels, over 350 short stories, dozens of movie scripts and five plays over a 70-year career. Many of his works have been made into Arabic and foreign languages films.