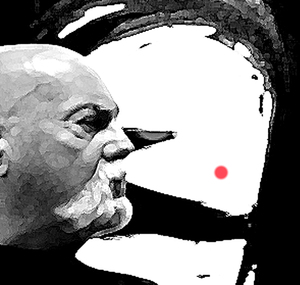 His work has hung in numerous group and individual shows From Boston to LA. A "Boston Now" finalist, his art has been featured on the NBC Today Show and been a subject of note in the New York Times, Graphic Design USA, the Christian Science Monitor, North Shore Sunday and the Boston Globe.

Buckley attended the Vesper George School of Art, The School of The Museum of Fine Arts and Harvard University. A former Department Chair at the New England School of Art, he also served on the faculty at the University of New Hampshire teaching in a program he helped design and administer.

Buckley holds an honorary Doctorate of Fine Arts from the London Institute of Applied Research. He is the founder of North Shore Artists and the organizer of Marblehead’s successful Evolutions exhibits. He is a member of the Museum of Fine Arts, Boston and an Artist Member of The Cambridge Art Association, Lynn Arts and The Marblehead Art Association.

His work has been exhibited at SCOPE Miami Beach, The Los Angeles Center for Digital Art, Dacia Galley's Times Sq. Exhibit, featured on XBox One TV spots, as well as viewed at the See-Me Exhibitions Space in Queens, at the CAA Fall Salon and at The Brooklyn Waterfront Artists Coalition's Juried Fall Exhibit. His work was recently juried into the Brookline "Golden" exhibit, the ArtVenice Biennial3, and Conception/Tribeca, as well as Word Wide Art Los Angeles where it received an Award of Excellence.

Over the past 40 years my work has evolved from representational oils on
canvas to a minimalist technique utilizing primarily bold black strokes with small areas of color a white background.

My current art is the product of decades of releasing, of letting things go as I attempt to transcended intellect, education, and the expectations of others.

I’ve had to put those aside. for the most part I’ve even put down my brushes; my art is mostly created with my hands. I feel that each of these works is a snapshot of my soul at the time it was created.

As the years have passed I’ve found that meditation and its resulting spiritual connection prior to beginning a piece is
the key to the success of my Essence works; without it the work fails.