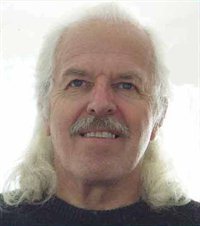 I am a visual artist living in Christchurch, New Zealand with my wife, daughter, two canines Rubie and Merlin and three chickens. My art style is in realism when working with pastel, where as my watercolours are fast and loose with expressionism and movement.
I am passionate about many things, however nature and the celtic shamanic path is my journey and has been since I was a child.
I am grateful to many including those who are our daily teachers and don't realise that they are the teachers and to many others including my ancestors. In particular my late father "Harry" who introduced me to the world of nature and art in it's entirety. Over the years I have grown to understand, love and become part of the beautiful earth, our mother. I am the maker of the Southern Spirit Healing Drum. This circle of drums has returned me to a place I had previously been earlier in my life as a drummer /musician. I enjoy playing and to dance to the tune of life's energy and rhythms!

Watercolour painted in 2008.
I love the unknown along with the challenges of watercolour, and admit to 9 times out of 10 being totally out of control.
Occasionally getting it right, but only until the next time!
There is a determination within me to be successful with watercolour.
After several failures, I crawl back to pastels to regain some composure and confidence, only to return to watercolour time and time again.
It's a bit like hitting your head against a brick wall.
It only hurts when you stop!

“To The Unknown Shore”

Pastel 2012
My late father was a master of pastels and watercolour.
Self taught and encouraged by my Dad, I spend most of my time working with pastel.
As mentioned previously watercolour is a medium that constantly challenges me and every now and then I am (like an addiction) drawn to it, only to return to the comfort of pastel. The Unknown Shore was a combination of a remote New Zealand wild and woolly beach and the sea and sky of the english channel. The title "The Unknown Shore" is from the poem of Elizabeth Clark Hardy.

Watercolour - 2010
Another watercolour chasing my tail, or rather controlling water.
Because of this I find myself less inhibited and more expressive.in my style.
The Lake of Geneva and Switzerland is beautiful. It is a place I lived for a number of years.

Pastel - 2102
Another mixed landscape of New Zealand mountains and an english river scene.
Whilst we have many sheep in New Zealand I decided to remove them and added the foreground of trees and a river.

Pastel - 2010
Poppy was a great dane giant poodle cross who lived a very short life of two years.
I decided to paint this and later gave it to the family.

Pastel 2011
The Coromandel Peninsula is a very popular place for tourists to visit particularly international visitors.
It has some beautiful varying landscapes and wonderful cloud displays.
Having derived from the northern hemisphere as a child I have become aware of the different light in the two countries.
New Zealand (as does Australia) has less diffused light than does the northern climes resulting in strong stark colours.
I have frequently hear'd people who visit NZ express surprise at the brilliant colours compared to what they are used to seeing.
These become more apparent when they return home with their array of photographs.

Watercolour - 2009
Speed and simplicity was the order of the day, using a reduced pallet.

Pastel - 2009
Ken was a share milker whose cow herd was sold off towards the end of his milking days.
Ken had become attached to one particular cow in the herd, who he named "Girl"
When Ken retired, he visited Girl on a daily basis by bicycle,taking treats such as hay and molasses to her.
Girl lived to a ripe old age as did Ken. I read this story in the newspaper and felt compelled to paint the two of them.
When completed I forwarded the painting to this gentleman who by that stage was in a Rest Home.
I believe Ken had it placed on the wall in his bedroom.