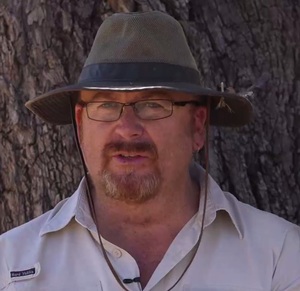 I find reward in following my creative desires and in the belief that if I apply my art work effectively I may expose, challenge and draw attention to the unique qualities of nature and/or urgent environmental situations we are facing today.

I firmly believe that art has the power to raise environmental awareness, where the sciences too often fail. Art can engage with a wider audience in a non threatening manner and if successful, the message can connect on an emotional level.

I seek the company of like minded artists and enjoy the process of learning from them, new approaches and techniques, to continue to develop and refine my own style of the craft of art.

My art tends to employ the medium that best fits the subject matter or the message I wish to give. Whether its the detailed botanical style, large format, vibrant oil colours, recycled materials or found objects, each medium and style provides its own distinctive qualities and opportunities to translate and create.

I also often attempt to utilise symbolism in my work as a method of translating the message. My motivation & reward is the desire and processes of art creation. The development of an idea, initiating the construction, and finally seeing a completed form. Regardless of what medium, the thrill is the journey, the reward, the finished piece.

This set of photos provide an insight into my local landscape, a unique environment and where I often draw my inspiration and subject matter to create my art. Ultimately I am motivated and have a passion for this unique place and seek to create works that highlight its ever changing state and similar fragile environments within my local area.

These selected pics show the diversity of my work, the techniques and themes I wish to develop through my art.

“Too Little, Too Late for the Gingham”

[EcoArt] Oil on Canvas - (W) 120 cm (H) 150 cm
December 2004, Flooding of the Gwydir River, enticed thousands of Ibis to the Gwydir Wetlands. Ibis had not bred in there since 1999. An environmental release of between 200-400 Mega Litres (ML) per day was required to sustain this Ibis breeding. Those in charge, initially released only 75 ML for the Ibis. The water came `Too Little, Too Late for the Gingham’ and as a result the Ibis abandoned their nests and the 8000 odd chicks to predators.

“Just a Twinkle in Their Eyes @ Banarway Weir”

“Liberty Gum - A Statement on Landclearing”

[EcoArt}. Metal Sculpture - recycled pieces. (H) 5 mtrs. This sculpture poses that the loss of native vegetation via landclearing is the single greatest threat to our native vegetation communities and their biodiversity. The figure of the dead stag in the forest, covered by numerous insects, plants & animals portrays that even in its decomposing state, this element of the forest serves an important ecological function and home to a myriad of native species.

“At a Bend in the River Kingfishers Fish”