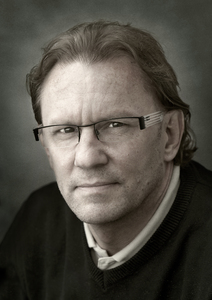 Heinz Trutschnig was born on the 16th of April in 1964 in Kötschach-Mauten/Austria. Today he lives with his family in Pielachtal in Lower Austria. He first got in touch with arts during his graphical education. Soon his inner voice was getting louder, and took him from graphics, to caricature and further on to acrylic and oil painting, where he has found his present field of activity, dedicating himself to surrealistic painting.
According to the saying: "Fata volentem ducant, nolentem trahunt" (the destiny leads the willing and chases the unwilling) Heinz Trutschnig made an international art career within a few years, which probably makes him the greatest surrealists of our time.
With persistence and untiring dedication he made his way to the top. The public presence began with exhibitions in local galleries in Lower Austria. As art scene recognizes true talent combined with originality and uniqueness, various art fairs, such as the „ART Salzburg“ or „ART Innsbruck“, presented his works. In Milan his first pictures were presented and also radio and television started being interested in Heinz Trutschnig.
The exhibition at Shanghai Art Fair / gallery Artodrome LDX, the world's largest art gallery, has been his international breakthrough. There he met Mr. Hui Xui, one of the most important asian art experts and owner of the most famous art houses in Shanghai and Beijing. He has been that impressed by Trutschnig's works, that he immediately signed him for his art house in Beijing.
The Mayor of Shanghai, Mr. Han Zheng, also has been impressed by his work and the domestic press praised the artist in the highest terms, as "the 35,000-euro man" (that's the price his exhibits are traded in Asia), who conquered the international art scene. In Berlin he finds great popularity too and soon he will go on to Malta and New York.
He shares his success with the less fortunate and is often involved in social projects, some of them with other artists, such as Joesi Prokopetz or Arik Brauer. Especially Karlheinz Böhm‘s project „Menschen für Menschen“ is close to his heart and is supported for years with works of art, to raise money for those who need help in Ethiopia.

The special thing about his works

A firework of colors and emotions hits the viewer of the surrealistic works by Heinz Trutschnig and deep touches the heart right after. You can feel the artist’s soul in each of his works, which in a subtle way reveals all its levels of being, but giving the viewer the freedom to find his own reality in it.
Since Salvador Dali, hardly an artist is as able to create a surrealistic world with hypertrophic level of details, where dreams and reality form a perfect symbiosis. The magic touch of object worlds in an absurd atmosphere leads into the depths of the unconscious. But not only the expression of his paintings, but also the technique he uses, shows the utmost professionalism. All frames are hand-made, the canvas strung by himself and painted in oil and acrylic. The priming is based on an old method from the 15th Century, which was already used by the great masters.
This technique, a well-kept secret that outlasts the time, will also give Heinz Trutschnigs life's work for a small eternity immortal. "Ars longa, vita brevis" (Art is long, life is short).