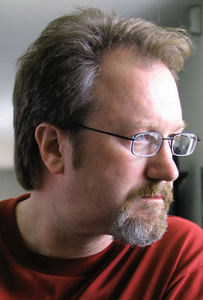 Dale O'Dell was born in Dallas, Texas in 1959. He was given his first camera at the age of 13 and at that moment he knew what he wanted to do in life. As a teen, photography was the perfect blend of art and science and Dale immersed himself in the aesthetics and chemistry of the photographic process. In 1982 he received a BS in Photography from Sam Houston State University. After a series of irritating Corporate Jobs (including a year-long stint as a computer artist ---in 1983, no less) he realized that, in the corporate world at least, he was unemployable and opened his own studio in 1986.

During his early years, Dale became familiar with virtually every photographic process and used them all at one time or another. As one of the early adopters of digital technology, one of Dale’s early digital images made history in 1983 when it became the first wholly computer-generated image published in advertising.

In 1994 Dale moved to the mountains of Central Arizona and shifted his concentration from commercial photography to fine-art. His first book, "Human/Nature," a monograph of 50 black and white darkroom (not digital) composites of the figure and landscape was published in 1997.

Since transitioning from analog photography to digital art Dale’s artworks have been extensively exhibited and published world-wide. As of 2013 he has published twelve books.
Dale is also a motorcyclist and musician.