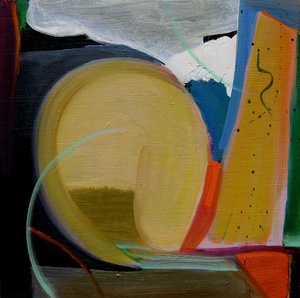 A native of Cleveland, Ohio, Dieter began her studies at the Cooper School of Art. Her work there earned her a place at the Cleveland Institute of Art. Upon completing that phase of her education, her artistic passion carried her across the Atlantic to Paris, where she studied at L’Ecole des Arts Appliques. Over the next ten years, Dieter’s work was successfully represented at several group and solo exhibitions throughout France and established for her a reputation for elegant forms, economy of line, and remarkable control of the brush.

Dieter returned to the United States in the early 1990’s spending the next twenty years raising her daughter in San Diego. There she taught art at Children's Creative and Performing Arts Academy, danced with City Moves Dance Foundation and eventually worked as Company Manager for The Old Globe Theatre.

In 2007, Dieter recommitted herself to her art, living between San Diego and Honolulu, working in her studios full time. Shortly thereafter Dieter had a number of successful shows at the San Diego Art Institute, earning her solo shows on 2012. 2013 and 2014. In 2011, she was honored to be invited to be the Artist in Residence by Alexander Salazar Fine Arts of San Diego. This experience was a pivotal moment in her art career. Almost immediately following that, Cedar Street Galleries of Honolulu offered her a solo show, “Choices Made” which was another career defining moment for Dieter in 2012.

Dieter’s artistic style has continually evolved to a higher level of unique sophistication. The richness of her contemporary palette has developed over years of artistic inquiry, and she counts O’Keefe, Mitchell, Modigliani, Kandinsky, amongst others as powerful influences. Her work currently is infused with rich and vibrant colors that evoke timeless themes. Those themes are united with reflections of memory—memories from her extensive travels throughout North America, Europe, Australia, Asia, Africa and journeys closer to home.

Dieter’s paintings evoke a unique and extraordinary fusion of technical skill and artistic abandon, while her organic compositions capture the ephemeral vitality of modern life. The synthesis continues.

Experience stacks upon experience, color on color, line over line, creating a metaphor for life.
Without the experience of the past, today wouldn't be today. Without the continued painting over days, weeks, months and years, my painting wouldn’t be where it is now.

This work comes from a place within, yet is very much about the world as I see it. Color is the experience as shapes form through application of color and line. Mark making, adding on, taking away, nestling in, finding balance.

Painting is a journey with an unknown destination. I revel in the quest of find out out where it will take me next…..

“I Wouldn't Be Here Today Two Years Ago”