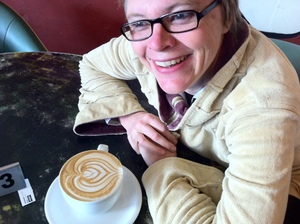 the changes of an organism as it ages after its maturity.
The speed of change is rapid. Or not. Time is not absolute. This series attempts to depict the invisible intangible landscape of the passage of time. Injecting into the paintings, the patterns we experience of lapsed time. Soon layers upon layers of paint decompose (or not) the absolute of time and suppose a fraction of time - presence. Or not. A non-representational painting can suggest infinite interpretations of an infinite dimension. In the end, we learn only how little we know and understand even less. And admire those who know not, but think they do. In the absence of understanding, we turn to super truths, that are in fact, lies.

This series observes the beauty of maturing organisms and investigates how the landscape of aging mirrors our cultural and historical development as a species. Or not.