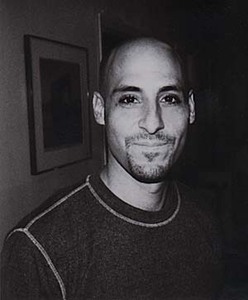 Charlie Langella is a Southern California-based photographer who specializes in portrait, fashion, beauty and location photography. Born in Glen Cove New York and raised in San Diego, California, he graduated from Santa Barbara’s Brooks Institute of Photography in 1993, and then went on to work with noted photographers including Michel Comte, Helmut Newton, Guzman and Michael Thompson.
Charlie began shooting professionally in 1999 with editorial projects for magazines, ranging from celebrities to features to fashion. Past and current clients include Details, Maxim, Rolling Stone, Harper’s Bazaar, Vibe, GQ, Time Out, Blender, Entertainment Weekly, Esquire and others. In doing so, he has photographed an equally wide range of celebrities including Maggie Gyllenhaal, Kyra Sedgwick, Ciara, Willem Dafoe, Carmen Electra, Kevin Bacon, 50 Cent and Common. He has also worked on numerous corporate and advertising projects with clients including Remy Martin, Bacardi, Coors Light, Jose Cuervo, Cazadores, Dreamworks, Urban Outfitters , Peroni and Unilever.
Even though photography for Charlie is a job, “it’s still fun,” he says. “My goal is to create something different and worthwhile. I enjoy it when someone comes to me with something challenging—the more intricate it is, the more fun it is for me to figure out how to achieve the shot and still make it beautiful. That’s a rush for me. It’s not about being the creative star, it’s about making the project the star.
His work can be seen on his website, charleslangella.com

“The Game by Charlie Langella”