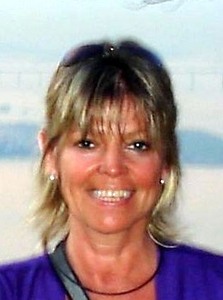 I was born in Buenos Aires. I got my BA in Psychology in 1990. My passion for art led me to become involved with different art workshops, until I found the Essentialism Art Research workshops of HeribertoZorrilla and Helena Distéfano, a space where I can unleash my creative needs.

As an artist I´m interested in: trying new techniques, stepping out of the cliché, looking for my own aesthetic, and giving myself permission to express myself.


Dragon fire - Work published in the 3rd edition of "The New Collectors Book", which brings together artists from around the world, curated Tchera Niyego / January 2014

I believe that art has always been part of my life; maybe that's why I started studying Architecture. When I left my studies I started working for an airline company, but I kept in touch with art by taking some decoration workshops, amongst others. Eventually, I got my BA in Psychology, but my curious soul needed something else. I asked myself: where can I throw the creative need that lives inside me? The answer was to start wandering around several art workshops. It is there where I began my journey.

These days, I've found a way to free up my artistic expression at HeribertoZorrilla and Helena Distefano's Research Workshops. I feel that their proposal meets up to my professional and artistic standard; it means to search the depths of human beings. Through my paintings I allow myself to search for and discover my true self.