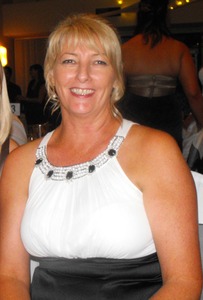 Olivia Alexander is a multi-awarded experimental artist, born in London now based in Australia. She uses layers of specialized mixed media techniques to create abstract and expressionistic naturalist paintings.

Inspired by color, texture and shapes in the landscapes and oceans, not just of Australia but of other countries she has travelled to.
Alexander’s work has been described as, “having an outstanding character concerning the way in which she expresses the movements of life in the natural world surroundings as well as in emotionally arising abstract universes”.

Alexander works with a combination of ink, acrylic and very fluid water color pigments on canvas and paper. Layer upon layer of fluid pigment creates transparent depths, combined in mutual exchanges of forms and colors. Light and shadow are added creating further depth to the work, sharpening alternating formations.

The sense of spirituality within nature is captured upon canvas or paper while still allowing the viewer their own interpretation and interwoven story.

Spending her childhood in South Australia, Alexander discovered her love and gifting for art at an early age. She married in 1984 and focused on raising a family in between her art hobby.

After a serious illness in 2001 Olivia made the decision to pursue her career as a professional artist and so undertook nine years of training in Fine Art, Advanced & Creative Drawing, Advanced Mixed Media, as well as Interior Design.

In 2007 Olivia moved with her husband to Shellharbour, just south of Sydney where she now works full time in her art studio overlooking the Lake behind her home.

Her work has gained global recognition with seven European awards including both pewter and bronze medal diplomas from the Paris society of Arts, Sciences and Letters, a silver medal diploma from the French International Academy of Merit and most recently in 2015, the Art Critics Award and the Rome Imperial International award from Italy.

She was a finalist in the international Brisbane Art Prize, Sep 2015.

Alexander has been in numerous group and solo exhibitions, not just in Australia but also Italy, France, USA, Singapore, India and Dubai. October 2011 saw her artworks successfully exhibited at the juried, Salon d’Automne in Paris.

Her artworks are owned by private collectors in many countries and she is represented by galleries and curators in Australia, Italy, Singapore, Chicago and Paris.

The Natural world has always captured my imagination.
The rich, red sand of outback Australia, the azure blues of the ocean near where I live, patterns on a tree trunk left behind by peeling bark or the colours of a sunrise playing across the rock faces on the mountains.
These are what inspire me to paint.

My style? Expressionistic with a touch of the Abstract!
I don't paint photo realism but rather an expression of what I see and feel about the subject.
I strive to produce creative, expressive and original artworks.

I love texture, pattern and colour and the materials I choose reflect this.
I use many types of mixed media techniques, some of them specialized and very unique. Layers are built up until I have resolved the image I have in my mind.

My hope is to communicate
a Place, a Time or Memory that sparks a connection between my art and the viewer.