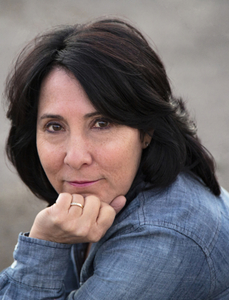 Sheila Fein's work is all about fantasy and whimsy. She likes to surprise the viewer with unexpected perspectives. When painting or drawing she feels as though she is in a waking dream that projects itself onto paper or canvas. Sheila strives to create positive imagery as an escape and counterbalance to the chaos of our world.  Her voice calls attention to the little things and moments in our lives that we hold dear in our popular culture.

“In this world full of uncertainty, if I can brighten someone’s day, fulfill their need for whimsy and fantasy, I have done my job."

Born in New York City in 1956, resides in Los Angeles, California. Sheila Fein studied art in New York, Italy, and England, earning her Bachelor's  degree in Graphic Design from the State University of New York at Buffalo. Sheila’s work is a unique study of the imagination.  Dreamlike, whimsical, and fantastical in nature, her portraits, canvases, and works on paper are filled with bright playful images.  She favors acrylics, the airbrush with ink or oil paint, pastels,and the colored pencil to achieve her images.
Sheila began her career in 1977 as a commercial artist and illustrator in Schenectady, NY.
In 1980, she moved to Philadelphia where she continued her work as a freelance illustrator and designer.  Her work appeared in TV commercials, posters, magazines, brochures, business logos, promotional materials, T-shirt designs, illustrated maps, and women’s sportswear designs.
In 1987, Sheila moved to Los Angeles working almost exclusively as a fine artist which was collected by corporations, galleries, and private individuals in the United States and abroad. Among her collectors are Richard Riordan (former Mayor of Los Angeles), Bob Marx (The Marx Brothers Estate),Connie Stevens (actress) and Mindy Sterling(Actress) from the Austin Power blockbusters.
Sheila donated art to such charitable causes as the Make a Wish Foundation, Window Between Worlds, the Carousel of Hope, the American Cancer Society, the Fowler Wildlife Association, Saint Johns Hospital, the Loving Heart Hospice, and Music for Heart/Rotary Int/Gift of Life which she designed their brand, logos, posters, merchandise, giclee image "Heart", and graphics.
Her work has been auctioned to raise money for Stephen S. Wise Temple, Temple Judea, the Heschal Day School, and local schools in Los Angeles and Las Virgenes counties.  She was a docent  for the Las Virgenes School District where she reached out to children through the arts. Today, Sheila  continues to show her work accepting commissions and selling  independently and with galleres. She runs figurative drawing workshops for herself and other artists.Sheila also resumed her career as an illustrator/designer helping authors to publish their own books which she illustrates and designs.
Sheila Fein is the mother of four daughters who are a constant inspiration and resource for her work.  Her goal is to  create and show images that document facets of our lives and to share these images for people to own and enjoy. Sheila’s philosophy is to work with the critic off your shoulder and to let your imagination be your guide.
View her work on www.sheilafein.com and on instagram @sheilafein
You can contact her feinfantasypop@gmail.com

I have always been fascinated with the colored pencil. I have recently been creating fantasy work on black 11 x 17" paper.

I have placed a model muse I have studied in the past, amid a mountain teeming with life.

When I was ill, I received many flowers. I was compelled to draw them all, one at a time.

“Aubrey and the Peacock”

Near my home in the mountains wild peacocks roam.

This portfolio is about our rights of passage as we mature from childhood to adulthood.
The objects and the clothes we wore were our identities and anchored us in a timeline
of our popular culture. Letting go and moving on will always be a leap of faith.

“Betty Boop and Me”

This is from my In-Between Series. Not a child and not a woman.

From my In-Between Series. Not quite ready for the next step.