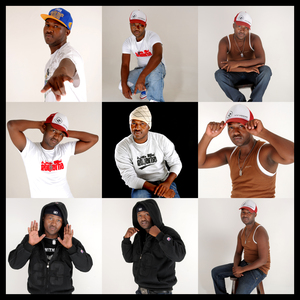 Thulani Mayixhale aka "Moxion Rox" age 29 is a Recording Artist/ Performer/ Actor/Song Writer/ Promoter/ Event Host (M.C.)/ Event Organizer and a Production Manager is also a well-established Solo Artist who is well known in Cape town. Started at an early age singing and peforming at School events. He was a founding member of a movement called "Bova" in his home town of Uitenhage. In 2003 moved to Cape town where he dropped his 1st Solo Debut Album "Soul Unleashed" in 2006 under Uxolo Records, which was followed by his mixtape "Feel My Moves" with its single "Ntshikintsha" ft DJ Ure which rocked dance floors and in 2013 released his single "So what" which led to 2 Nominations (Best Male Artist & Song Of The Year) at the Hip-Hop Kas'Lam Awards 2013. All these success were accompanied by an interview by Drum Magazine, endorsement from Enlighting Promotions, had his own Cap Collection called "Moxion" and landed few Acting/Cameo/Stunt Roles on movies such as "24 Redemption"(DSTV), Khululeka(SABC), Aids Awareness Campaign(FTV) and has played leading roles in 2 Theater Productions "Only Love Can Mend a Broken Heart" and "Indonga Ziwelene" which were both written and directed by Ntombesizwe Tena. With a vast experience in the Entertaiment Industry whethere on Stage or Backstage He is currently one of the members of a Male House Group called "Haslaz" and a Production Manager of Khetshe Productions.