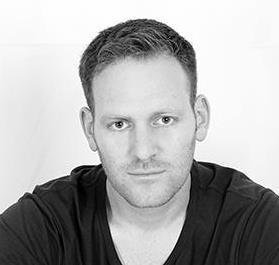 Guy Yechiely, an artist and a photographer, graduated in 2011 from the Department of Photography at the Bezalel Academy of Arts and Design in Jerusalem. From a first sight taken at his works it is obvious that he is attracted towards classicism, beauty and aesthetics, while adopting a formal approach to the art of photography. Yechiely often uses artificial light to stage situations, so as to achieve and emphasize drama in the photographs.

Guy’s work harmonizes with western art of the 18 - 19 centuries, with neo-classical painters like Ingres or Jacques-Louis David and with other classical iconic artists, simultaneously, he strives to capture diverse aspects of each subject, and treats complex issues, like Orientalism, Politics and Middle Eastern culture, with a fresh approach.

In Greek mythology, Eros is the god of love and of sexual desire, whereas Thanatos is the personification of death. Both are represented in art as attractive young men.
According to Freud's psychoanalytic theory, man’s two main impulses are Eros - the sex drive and the representation of life, as opposed to Thanatos - the fate of death and the aggression drive.
These two impulses are in a constant conflict.
In the Eros & Thanatos project, Yechiely combined these two different aspects, using a modern and more local approach:
The 17-18 year old boys represent Eros, young and beautiful yet naive, a step away from joining the military forces for a three years’ service, which is mandatory in Israel.
The military represent Thanatos, its main purpose being violence, aggression and destruction. It takes those young and naive boys (Eros) and fills them with new ideals while fulfilling their dormant urge for self-destruction (Thanatos).

Eros is the love and sexual desire god in Greek mythology, while Thanatos is the personification of death. Both described in art as beautiful interactive young men

The "Crying Soldier" stands on a dramatic yellowish ground, crying, next to a burned down house maybe on a battle field makes the viewer thinks, why does he cries? What's about? Where is he? The Iconic picture is taken from the drawings of "niños llorando" by Bruno Amadio which were very popular in Israel 80's.

"The Victim" photo is dark, gloomy and showing a man with a weapon rising the head of another man, both unknown, as an icon of Greek men fight, or reminding biblical scene, but also an icon of what we see in the media every day - a struggle that ends with an unknown man showing the body of his victim.

The wounded soldier is carried by another soldier on a Groundsel field, which grows everywhere in Israel and families in some army songs.

The 7.62×51mm NATO is a rimless bottlenecked rifle cartridge developed in the 1950s as a standard for small arms among NATO countries.

Exposure series: Images showing the body exposed throughout the uniforms in a shooting position.

Now days, becoming an Olympic swimmer is not the best decision for an athlete in Israel. The profession is not at the top of budget distributions by the Ministry of Culture and Sports, there is no cheering crowd who come to competitions except family or friends, and almost no attention to this profession by the media unless there are political events that may happen during the championships or Olympic competitions (especially in Arab countries). Event like that will receive most of the attention, rather than the swimmer achievement.
In this project I decided to document the lives of the swimmers in less familiar places; around the pool, exhausting trainings and preparing for competitions.
I combined studio photography and documentary photography while following the athletes who will represent Israel and the upcoming Olympic games.

If You Heard the Call of the Orient, You will Hear No Other Call

One of the central events in the history of "Western" countries is the discovery of the "Orient", as reflected in the famous saying by Rudyard Kipling (1865-1936). The term Orient, anchored in folk stories and ancient traditions, was seen by Kipling to be something huge, fantastic, magical, mysterious and imperceivable.

A classic example are the "Arabian Nights" stories. Those stories influenced many writers and poets in Europe as well as Arab artists, and were even translated into Hebrew in 30 volumes, by Joseph Joel Rivlin.

I've been dealing with questions arising from the discussion of East-West relations: the modern, critical and aware view by the West of the Orient-East, as opposed to the "Orientalist" romantic view from the past. Here, in Israel, in the Middle East, we see ourselves as "Westerners", but no less also as "Easterners": the adoption of capitalist modernization, the cult of ambitiousness and hedonism, which have changed the purpose and work of man and added stress to life, contrasted with the fantastical, rich with imagination, glorifying the spirit, nature and the soul of the Eastern man in ancient times.

The five hundred and thirty two night- As the poet said -One aspires to the heights without an effort, will lose his life without a cause

“The nine hundred and twentieth night”

“The nine hundred and twentieth night”

“The Three hundred and sixtieth night”