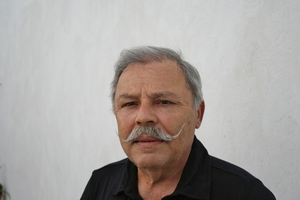 Contemporary Art
“Master of the sea”
By
Zohrab

Born in the land of the Pharaohs, Egypt where civilization and documented history was born and started, the artist at a very young age demonstrated his abilities and talent by drawing sceneries that represented the Nile, villages, crop fields, old Cairo, ancient historical scenes etc. At the age of seven participated in an art contest for artists up to ten years old with a watercolor that brought praise and first place. Continued to demonstrate his art in school, at school for the next three years exhibited more elaborate and historical subjects. While attending English Mission College in parallel attended the “Leonardo da Vinci” Academy of arts in Cairo under the tutelage of professor M Hassan which taught him many traditional techniques used by the old masters which he still uses, practices, and enhances with his new ways in his artworks. Traveled to London, Paris to study the masters and their ways to further enhance his technics in representing his artwork. Moved to Montreal where he pursued his profession as a Design Engineer & Plant Manager at Cinram corp. also continuing his artistic works, exhibited two successful Solo Exhibitions in 1973 & 1976 presenting Canadian sceneries, Maritime subjects and seascapes where many were acquired by collectors, in 1978 moved to Vancouver, BC. In his studio on Hastings Street, accepted many commissions from collectors & art patrons, in 1982 moved to Los Angeles to be part of Baxter Medical, Ivax Corp. and B Braun Medical Corporation as a Sr. Eng. Specialist designing many surgical devices. After an early retirement he has fully dedicated his time to his art.

"Zohrab Master of the sea"

“US Navy guarding the cosat”

“ship in a storm”

“Arrival of the Dutch East India company ship at sunset.”

“Arrival of the Dutch East India company ship at sunset.”

“Seacoast by night under the moonlight.”

“Sunset on a stormy sea”

“Misty sunset by the cooast”

“Going out to sea”

“Storm by the coast”