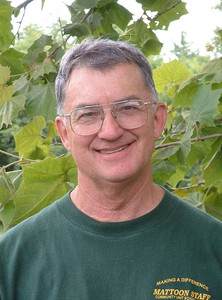 Tom David, one of twelve children, was born and raised in a small, rural town in east-central Illinois. There were no televisions, radios, or books -- and very few toys – in his home. As a small child he played with younger siblings in an imaginary world behind his house. The structure and discipline imposed by the public school were unwelcome impositions on Tom’s freedom. A daydreamer and unwilling to conform, Tom struggled in school. He was required to repeat first grade. To lift his spirits and to motivate him to try harder, Tom’s first grade teacher gave him a large box of Crayola Crayons, launching his career as an artist. For the next several years Tom spent most of his free time drawing. Tom graduated from public high school, ranking in the top 25% of his class, earning two academic scholarships to attend a state university as well as an appointment to the U.S. Naval Academy.
After high school, Tom enrolled in Eastern Illinois University. Four years later he graduated having earned a B.S. in Education with a double major in studio art with a concentration in pottery, sculpture, painting, and printmaking. Following graduation he taught art in various public schools in east-central Illinois. After eleven years in the classroom, he was employed as a school administrator, serving first as an elementary principal for four years and then as the Assistant Superintendent for Curriculum and Human Resources during his final years in public education. While working full-time, Tom continued to attend school earning an M.A. in Art Education and a Specialist Degree in School Administration at Eastern Illinois University and a Doctorate in Education from the University of Illinois. During his years working in the public schools, Tom’s production of art diminished but never stopped.

In October of 2003 after having worked in public education for over 30 years as an art teacher and school administrator, Tom retired and began painting and drawing on a full-time basis.

Conforming to one signature style is often at odds with my artistic growth and experimentation. However, if you look close enough, you will see connections. My early work leaned toward the abstract and non-representational. Over time, I gradually migrated to realistic, two-dimensional representational and figurative subject matter--but never completely abandoned non-representational subject matter. Regardless of the subject matter, I strive to explore the depths and subtleties of human experience based on a synthesis of my experiences, memories, and direct observations. My work flirts with the nature of reality and how to represent it. My realistic renditions incorporate a certain amount of abstraction in the tradition of the early 19th century American realist artist Edward Hopper with his concise style, everyday imagery and content.
Figurative painting is the focus of much of the work I produce today. When I draw and paint figures, I am reminded that nothing is more important than people who are at the center of our universal concern for life. I believe that successful figurative work, in whatever medium, must do more than merely document appearances. It must offer a deeper understanding of both the creator and the subject. I am convinced that successful painting is a process of seeing and thinking, rather than one of imitation. My attitudes and feelings are at the center of my artistic expression. Because reality and perception are uniquely personal experiences, truth to the object or scene—i.e., to the actual—is relative.

“How I Met Your Mother”