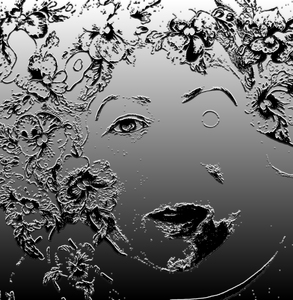 My works are collected in US, Canada and Israel by remarkable collectors like Eileen Gugenheim NY,NY, US, Howard Tulman Chicago, US, Roni Rosenblatt, Tel-Aviv,Israel etc.

Garden of the Mind

My mind navigates through a garden of thoughts, images, visions, and memories composing a unique picture that reflects a moment, a perspective or reflection at some particular place, at the some particular time.

CA stands for Canada, where I reside and experience life. The work is a 3D collage, and could be sold as original or as a digital print of limited edition of 7

The work is a 3D collage that could be sold as an original, or a digital print of limited edition of 7

Walking a dog through various grounds creates a very specific mental space and this #d Digital collage is a reflection on the experience. Limited edition of 7

“Fragment of my Face”

This work could go two ways; as a digital print from edition of seven, or as commission for a an Oil or Acrylic painting of any size.

Celebration of the life represented by the tree