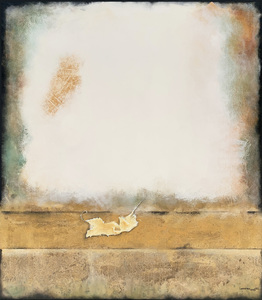 Leonora Sisto winner in 2022 of first prize in textile art at the V Biennial of international contemporary art in Argentina winner in 2015 of the Second Prize for creativity, Medal of Merit in the XIII International Art Fair of Buenos Aires. Argentina. October 2014 First Place Mixed Media at the 2nd International Biennial of Contemporary Art in Argentina in 2013 of Lorenzo the Magnificent Third Place Award for Mixed Media in IX International Biennial of Contemporary Art in Florence 2012 Second place in painting at the Biennial of international contemporary art in Argentina.
She was born on May 21, 1961, in Mexico City exiled Spanish parents. Lic. In Graphic Design, specializing in Illustration at Universidad Iberoamericana, ventures into the paint as a child alongside her father Eugenio Sisto who besides being a great painter parallel to his activities as a recognized administrator, accountant, professor, was the founding Director Franz Mayer Museum until his death in 1993.
She worked for several years illustrating children's books in both Editorial Santillana and Trillas. Participated in workshops such as Oscar Urrutia (drawing nude and painting Flemish) in the Hellenic Institute and Museum of San Carlos respectively in 1999 and 2000, with Frances Turner (Looking Seemed Portrait) 2001 at the Museum of Poplar, in 2013 Gabriela Epstein ( Abstract), 2014 2015 Graphic Archive currently with Felipe Cortes (Monotype)
And though she decides to take up painting professionally until 2011, entering fully into the Abstract Art, she has participated in numerous exhibitions in Mexico City, New York USA, Buenos Aires Argentina, in Florence Italy and Bulgaria Lessedra .
IG @leonorasisto
https://www.facebook.com/leonorapintora/
www.leonorasisto.com
sibl21@hotmail.com

Between moments, in this series you can always see a line or division because it represents the separation between those two moments, a line like an Epiphany, clarity, when one makes the decision to leave behind or change something that has been going around, to Sometimes it shows itself very defined, others not because one is still between one moment and the next.

“WITHOUT DIRECTION / ON THE ROAD”