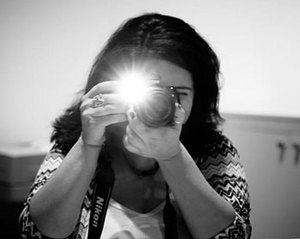 From Armenian background, I was born in Damascus, Syria in 1984.
My late father was one of the best professional photographers in the region and his profession and photographic equipment fascinated me since I was a child.
In 2002, I joined him to work at his studio, which was the most important advertising photography studio & photo laboratory in Damascus, Syria. Throughout the years, I gained a lot of experience working by his side; especially when assisting him in his projects, among them; photographing the private collection of the National Museum of Damascus, Syria in 2008, as well as archiving Syria through photoshooting all its cities and landmarks, which was one of the most important projects that he worked on throughout his life.
Along with working at my father’s photography lab, I took drawing lessons at the artist Adnan Abdulrahman’s atelier, and in 2005 I started studying photography by correspondence at the New York Institute of Photography, where I received my Professional Photography Diploma in 2008.
The same year, I got the chance to travel to Dubai and work as an Assistant Photographer for well known photographers in the city such as Phil Baber and Tommy Morris.
After returning to Damascus, I started working full time at one of the best art galleries in the Middle East.
In 2011, when the gallery moved its headquarters to Dubai, UAE, I moved there as well, where my main tasks were photo shooting artworks professionally, editing them, printing limited edition prints as well as archiving the art.
Being surrounded since I was born by this world of photography and art, my passion for art was flourishing day after day. In the last few years, I have exhibited my photographs in different parts of the world, and the most exciting moments for me now are when I see my works showcased somewhere, so I can share them with the world.

Have you ever experienced that feeling of not being capable of accomplishing anything? Did you ever feel that you are a stranger in your own homeland, even with the people that you know very well since many years? your family members as well?
Have you ever felt that you don’t belong to the place you were born and raised in? and that you are a complete stranger in the city of which you roamed its streets thousands and thousand of times?!!
A strange scary feeling when you don’t know who you are anymore; for instance those same people have somehow changed and those same streets became no where!!

Why this happens?
What is this called?
Is it fear?
Anxiety?
Boredom?
Denial?
Is it Alienation?

In sociology and critical social theory, the term alienation in general implies a lack of identification between a person or what he/she considers him/her self to be and another entity.
The concept of alienation has grabbed many people’s attention and has made many of them question themselves and whether or not they are viewed in a certain “alienated way”.

There have been various reviews and studies on this “dilemma” as we may call it. One of the most intriguing studies, was Melvin Seeman’s model of alienation which consists of five aspects: powerlessness, meaninglessness, normlessness, social isolation and self-estrangement. He later on added cultural estrangement as a sixth element.
Others have explained it as “the psychological state of denying one’s own interest”, whereas some others say it is a “social isolation”, typically experienced because of personal stress.
In addition to that, in our contemporary world, the more complex and demanding our environment is, the more it may cause a sense of powerlessness. A feeling of being unable to choose from a huge selection of options and being increasingly and daily overloaded with information. This is a so-called “data tsunami”, which is a problem that may be confronting any of us at any certain stage.

Debates are still ongoing to better understand this mind-blogging feeling and are still raising many questions.

Is it a state, a trait, or a self-regulating process?

As for me, I have been extremely interested in comprehending these sensations which I have frequently experienced and still experiencing… Now, after more than three years from finishing my “Alienation” series, and within what happened to me and to my world since then; the Syrian Revolution, relocating to Dubai, heart-breaking news that I receive every day from family and friends, robbery of my own family’s house twice with all its memories, relocation of my family to Armenia, as well as the sudden death of my father in Damascus away from his family earlier this year; for instance, those mentioned feelings become very intense, I unconsciously come back again to my “Alienation” series, they become my refuge, I understand myself better, I see myself better and I realise why these photographs initially came to life and how harmonious they and I are.