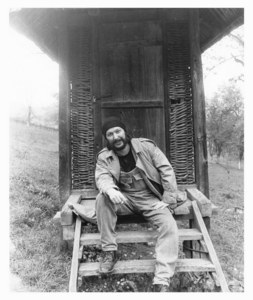 Bozidar Damjanovski Born in 1947 in Skopje, (Macedonia) where he finished the High school of Art.
He graduated from The Academy of Arts ( Painting) in Belgrade 1972.
He finished his postgraduate studies on the same Academy
in 1975.
The member of ULUS (Association of Artists of Serbia) since 1973.
He is engaged in painting, drawing and graphics.
He lives and works in Belgrade.

Awards
34 in the country and abroad.

About Damjanovski, it seems to me, Protic did not say a word, and starting with 1976, i.e. for twenty years, he received almost every award. This could have two meanings: first, that he is very different from all the others, and second, that he could not be resisted, despite his uncommonness, which is hard to be classified. And it could have even the third meaning: that he is an artist from many different epochs, who is on the short travel through our epoch, so, if we don’t give him an award immediately, nobody knows if we will ever after have the chance to show understanding and praise for his virtuoso mix of motives and forms of all those epochs in which he simultaneously resides in order to act in our.

Absorbed in his paintings, we apparently test ourselves and not him. He evidently knows to reveal the style, spirit and sense of a seemingly finished form, often only in a fragment, and putting it into more universal context than the hyperrealistic scene, he knows to give metaphysical move to physical facts. But, how do we, who constantly hit the walls between the rooms of imaginary museum, feel?
Dobrivoje Jevtic