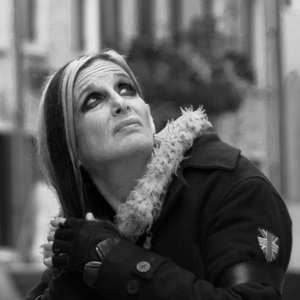 Born in 1963, I am a native of Mexico City. I have received degrees from various design schools in Mexico City and a degree in commercial Arts (1985) from the Art Institute of Fort Lauderdale, Florida, U.S.A. I have also received a degree in a course of contemporary art at the Museum Paris, France.

My work begins with an Egyptian and Mayan influence and alphabets from grafiti as signs of a remote memory cabal of divine magic manifested in the creation of new images, the importance of mathematics as everything in life is based in numbers this being the most accurate answer to all the questions.

I continue with doors that prevent me from going into the prohibited areas, door or window element closed the exclusion and isolation outside the defenseless individual.
Geometric figures, which become (robotic life.) Where everything becomes a robot who masters the routine life of the human will arise.

When I am threatened by the time arises a series called (Unreal Time) explaining the importance of time.

A stage in which I am not finding answers and I feel like I'm vanishing.
Which makes me think of all these concerns.

And finally I get to a new stage (Perception) a strong influence of grafiti which are graphic illustrations and writings of various forms of expression, various problems. The concern of the global crisis and issues embodied in various forms. In this new phase I painti on my canvas's and sculptures the resentment of all these problems. Admiring the beauty of the graphite being the same who gives an artistic touch to our robotic life.

My latest work from last year

“The Beginning of the end”