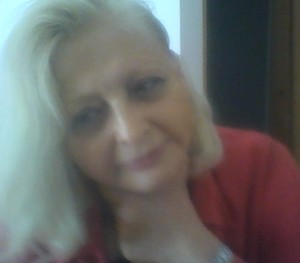 Since my early childhood, I found that playing in the countryside opened gates to the imaginary . I was visualising on the screen of my mind paintings which I didn't understand at the time to discover later on in life, they were a precise and deep code of the adults' dramas and emotions who had gone through a traumatic wartime.

I lived and worked as an artist in residence in the Uk , in an american university and a primary school and found that in all age groups, the awareness of one's emotions and gesture, an utter relaxation and confidence were suddenly unleashing floodates of creativity and skills to all age groups. So, with this universal key, I defended children's art as a true value ( with the national Gallery).and pioneered children's exhibitions in Paris on the theme of music with the support of Roy Pickering, former artist and educator at Tate modern and Tate Britain.I also worked in French schools with the contemporary composer Walter Fabeck,advocated as a Delegate of Engage for the the sharing of creativity through interactive art and the definition of ethics attached to such sharing.

It was while listening to music and looking at the sea that I had discovered another dimension to perception .I always explored this fusion of sound and image, in my work and my teaching .
(various awards as an educator and as an artist- International Academy of Lutece- Museum of Guadeloupe-Certificate of merit from the Arts Awards Duffield Foundation- Congratulations from her late Queen Mother and Mrs Chirac, Head of the Foundation of Hospitals in France- Congratulations from her late Susan Parkinson, for my partnership with the Arts Dyslexia trust, from the late Ifrah Neaman, Violin Professor at the Guildhall School of Music in London- Mention of Honour for Artistic merit at the London Biennale of Contemporary 2013)

Art, is by essence , a rhythm, the precise, musical code or language of our intuition.Art is the architecture of our heart and consciousness,
Béatrice Cofield

The sea from Debussy

Music and images are the same vibration, the same wave of emotion and energy.
Let's perceive the world through music its rhythms to discover our own inner architecture, creativity, thoughts patterns.
In the sequence of perception, from a first impact or pure feel we visualise as an abstract pattern we gradually form on the inner screen of our mind some awaken dreams or surrealistic imags which are the most precise code or language, the images we breathe and think with.

“The Sea from Debussy”

“Upon the crest of the unknown”

Inspired from a contemporary music from Walter Fabeck and a text from Jean-Jacques Goldman. Every image has its own dances, stories , music and songs;
Every music has its own images;
Chianciano Biennale 2015

“Roots, wings of light and love”

From abstraction to surrealism, from line to colour, music is the universal gate to our own infinite journeys.

Mix media - acrylics on plexiglass and canvas - may 2016.90cm by 50cm
Inspired from Rachmaninov's Rapsody 2

“Dances , light and dreams in the forest”

Rhythms carry our intuition and dreams.

Mix Media -on canvas
From line to colour, from abstraction to representation and surrealism, music opens a universal gate to our own infinite jouneys, like a fabric weaved with ribbons of light which define some paths beyond the frame of our consciousness. (Rossocinabro gallery Rome)

Inspired from the contemporary music of Walter Fabeck
120cmx 80cm acrylics, oils on paper and canvas. 2015

Mix media : acrylics, oils on paper and canvas
80cmx120cm
Inspired from the music Genome from Walter Fabeck
In music, all elements become one : fires of emotions, rivers, earth and skies.

“Upon the flow of time.”

Mix media- 80x80cm
Inspired by a text of Jean-Jacques Goldman.

“In flight on new shores”