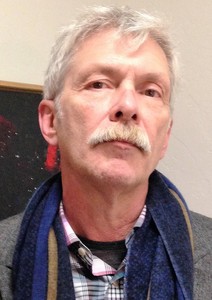 Although he is best known for his expressionism painting, Frank Hoeffler is experienced in many other mediums,
subjects, and styles. A native of Wisconsin, Frank is a classically trained professional artist whose formal art school training included advanced studios of multiple artistic mediums. His painting subjects are influenced by nature, particularly the landscape and atmosphere around him, all of which were major elements of his environment as a youth.

His work has been exhibited in museums and galleries throughout the country and featured in
many solo shows. He exhibits in a multitude of national and international juried shows and his artwork has won awards. He has juried many art shows and is also popular with artists as a workshop instructor.

He has been published three times in the book New Art International ?A Compendium of Recent Works by World Contemporary Artists?, Book Art Press: Publishers, New York. and he has been featured in dozens of newspaper and magazine articles. His paintings are in many public, corporate, and private collections worldwide.

Original paintings by Frank Hoeffler are available at his studio and Hair and Gallery, Germantown, WI,. He also offers instruction in painting and is currently accepting new students.

"The Dividing Line" represents the social divide between the sexes.

A representation of deeply personal emotions
All are Untitled

“The Fabric of my life”