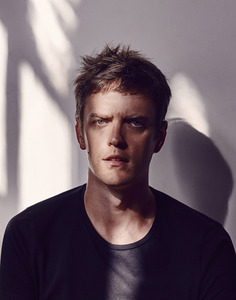 With a penchant for celebrity portraiture, he effortlessly commands the space around him, never yielding to ego and always striving to impress. Throwing dirty water on celebrities for the famed ‘Nobody was Thirsty’ campaign is indicative of Blanchard’s breakthrough approach that has seen him win international acclaim. Christian’s editorial work includes covers for international magazines such as Fashion Trend, Cleo, Tangent, Koncierge, Kurv and Spook magazine plus regularly contributing to a variety of local Australian publications.

Blanchard also contributes to the Australian photographic community through various projects that include guest speaking at AGNSW, AGWA and educating for Nikon Australia, Contact Sheet and The Australian Centre of Photography. Major events and exhibitions are detailed in the timeline below and include exhibitions and talks across New York, Los Angeles, London, Paris, Tokyo, Melbourne and Sydney.

Spirit Queen began as a studio based photo essay and turned into a mythological journey exploring ritual processes and the cyclic nature of life and death.

Delicate sensual femininity meets spirit evoking darkness, the multimedia exhibition is a culmination of fashion, mythology, culture and beauty. The artworks are presented as a series of still images and a film.

The photographic series consists of ten large format (80x100cm) archival Giclee canvas prints. Each image poses a unique persona derived from natural elements and staged within the cycle of life.

The artworks embody the appearance of Calotype prints from the late 1800’s. Calotype meaning “beautiful impression” in Greek. Blanchard develops each persona by mixing delicate sensual femininity with spirit evoking darkness to invite the viewer to glance into the souls of each character.