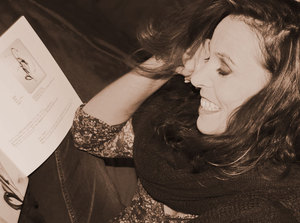 Touching people is always the magic of a moment.

For much more than one decade, Christina Seibold allows her digital graphics to assume their respective forms.
Indeed, she regards this method as the ideal means of portraying the visual poetry that lends so much soul to spaces.
Their density and their abundance of expression are fascinating, but they make neither an excessive nor an adversely intrusive impression.

Born on 30 March 1966 in Frankfurt am Main , Christina found in the 90s the way to art .
The now 49 -year-old artist spends now the most time with her family and closest friends .
Christina is married and the mother of two adult daughters , simultaneously proud grandmother of a grandson and a granddaughter.

When she were asked how she came to be an artist, she grabs for the very suitable quote: " Coincidence is a mask of fate " .

Christina Seibold is a co-founder of the artist group ArSenu.
In cooperation with jewelry designers and sculptors, she developed an interdisciplinary project in which art prints, each corresponding to a particular piece of jewelry (beginning with the work “Expression”), were created. This artistic project was honored by the PININFARINA ADVANCEMENT PRIZE.
The reception within professional circles as well as among the general public was very enthusiastic.
Co-founder of the worldwide art project Artists for Freedom e.V.
Supporter of Acorn Art Gallery, London
Many thanks to Jacqueline von Odenburg for her great work!
“From small acorns grows strength, splendour and dignity” - Acorn Art Galleries
Member of "International Society of Artists" (ISA)
Member of German Synesthesia Society e.V.

Exhibitions with national and international participation:

Christina Seibolds works can be found worldwide in private and public collections .