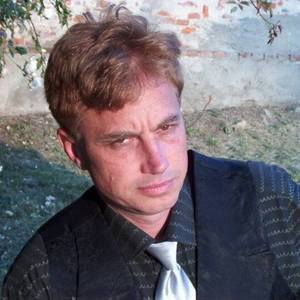 Richard Ozanne is an Internationally exhibited visual artist whoes work has appeared across the United States, in New York City, Europe, New Zealand and Japan in solo and group exhibits. His work has been exhibited in 200 exhibits. During his career he has had residencies in the US-New York, Czech Republic, Italy as well as other places and has exhibited his work being part of the roster of Artist in Embassy Program US State Department. since 1993.

Richard Ozanne has an extremely large portfolio of artwork in all media with a body of contemporary works as well as traditionally oriented classical art pieces. Among the variety of his work we can view landscapes, portraits and still-lifes as well as a resourceful variety of contemporary media, the cutting edge of modern art..

Biography Most recently he has returned to the United States after a 10 year residency in Europe (Prague CZ, Torino IT) where he lived, taught and exhibited extensively. Ozanne is an artist that was privileged to travel the world with his art appearing in more than 30 countries.

Mr. Ozanne has his MFA (Master of Fine Art) from Arizona State and a BFA from the University of Arizona with an elite graduate training at some of the nations oldest and most prestigious colleges such as the Art Students League and Columbia University Graduate School and teachers from Pratt Institute, Cooper Union. Mr. Ozanne is the recipiant of numerous international awards in the US, UK, Italy. During the year 2006 he was the United States recipiant of the prestigious "Albo d,Oro -'Senator' of the 'Ordine della Michelangelo Buanarotti' Oscar della Arte in Torino Italy 2005-The International Exhibition Piccalo Formatto- First Prize in Abstraction and Surrealism (Italy). As an artist he was the recipient of the International Peace Prize for Art at the Dublin Conference of Arts and Communications, a cultural convention (Think Tank) as well as many other prestigious awards for arts on three continents. In 2017 he was the recipient of the International Francisco Goya prize in Barcelona and special mention of Galileo Award in Pisa Italy, which included work in International Art Magazine in Europe.

His biography can be found on-line or through bound book editions in the library of congress such as magazine inclusion, cover art and several page inclusion in The Encyclopedia of Living Artists in America, Marquise Whos Who, International Biographical Centre (Cambridge UK): Men of Achievement, Whos Who of Intellectuals, First Five Hundred (Invitational) -others-, American Biographical, Strathmore and and other prestigious publications in the US and abroad.

Richard Ozanne is a currently a professor of art at Yavapai College,(Arizona) in drawing and painting.