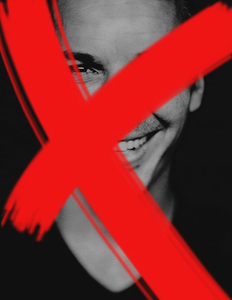 ROBERT JASO
Born in Zvolen in Slovakia, Robert immigrated with his parents to France in the early 70’s. After finishing studies at the university of Metz, he moved to Paris in search of work. Quite by accident he found work as a model, and began a career that lasted several years, giving him an insight into the world of photography and fashion, in which he decided to stay. After a great deal of personal research, he began working as a photographer. After some years of work, various campaigns and editorials in France, he has now evolved into an international photographer with a definite style, strength and beauty in the images he creates. Robert is requested for work around the world, working for Italian VOGUE Pelle & Gioiello and Italien VANITY FAIR AND AMICA , German MADAME, BON INTERNATIONAL, RUSSIAN GLAMOUR , RUSSIAN MARIE CLAIRE , RUSSIAN HARPERS BAZAAR ,WOUND, WALL PAPER, RUSSIAN l’OFFICIEL, OYSTER , GLINT , ICON, INTERVIEW magazine, …..
as well as various fashion campaigns, such a, MATHEW WILLIAMSON FRAGRANCE ,WELLA US, SCHWARZKOPF, CCB (with EVA GREEN), TESTANERA, , ANNA RITA N (with EATHER GRAHAM), ROCCO BAROCCO and a worldwide beauty campaign for , L’OREAL, SHISEIDO and BLACK UP, make-up.