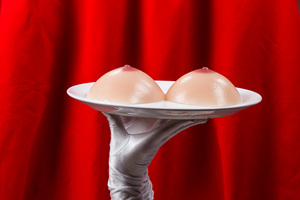 Born in August 1974 in Myszkow near Czestochowa in Polen.After graduating from the National Scholl of fine Arts in Czestochowa( 1989-1994).

1994-2000 Study at the Academy of fine Art in Wroclaw (Breslau), which ends 2000 completed a degree in painting under the guidane of Prof. A. Dymitrowicz.

In 2011 Doctor of fine Arts degree from the faculty of Painting and sculpture at the Academy of fine Arts E. Gepperta in Wroclaw ( Breslau)

Im live in Munich , where have Studio, second studio have in Breslau

Owner , Head and Lecturer ( the latter since 2006) in Studio Zeiler, one oft he oldest private schools of art in Munich , existing for 55 years.

2009 Edition of Contemporary Art Bau 6, ( together with Geoffrey Hendricks

The Last Supper: Is there any work of art which is more perspective? Perspectives request motion: stepping back or diving into a new world. But perspective is always more thant just a spacial one; it is also a social and historical appearance. My series „Cherchez la femme: Supper with female Apostles“ is about sequences and consequences. What if there would have been a woman among the disciples? Where would she have been sittting? Or what if there would have been only female apostles and only one man: Judas? The apostles‘ chairs are like women’s laps: They are waiting for the Lord. In the end, the Supper and its perspective are about one thing: It is about dominance, and that is what I want to show with my appearances.