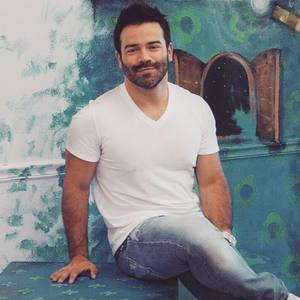 Eduardo Baruch, a Brazilian artist, began his professional career in 2004 and has participated in many national and international exhibitions.

2011 he participated in the Cow Parade, an international public art exhibition, in his home state, Santa Catarina. The following year he had a showing of his work at the Carrousel du Louvre with an oil on canvas piece, Tom, which was consequently shown at the Art Meeting Exhibition in Barcelona, Spain. Most recently in 2013, Baruch was invited to show two of his works at the IX Biennial of Contemporary Art of Firenze. That same year Ping Squared 2 Art Space Gallery, in Hong Kong, invited Baruch to permanently exhibit several of his works. He also did The Tokyo International Art Fair in 2015 and at the same year showed his work in Orlando, FL.

Baruch's playful and colorful work express his many emotions and vast experiences in life. His art has enchanted many celebrities, personalities and politicians including Gisele Bundchen, Sharon Stone, Madonna, Walcyr Carrasco, Daniela Mercury, among others. His art has been conquering the world, being exhibited nowadays in cities such as Osaka, London, New York, La Chapelle, Boston, Miami, Hong Kong, and through out Brazil.