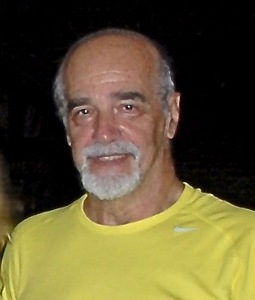 Rich Kuhn attended the Newark School of Fine & industrial Arts in the 1960’s. Following that he received his Bachelor of Fine Arts Degree from the Maryland Institute, College of Art in 1968 and began teaching in Baltimore City at Hamilton Junior High. In 1969 he was hired to teach art in Anne Arundel County where he continued for the next 27 years; retiring in 1996. During the teaching period he went back to school and was awarded a Masters of Fine Arts Degree from the Maryland Institute. Majoring in Ceramics, Rich started showing and selling pottery and ceramic sculpture, and has exhibited at many shows through Maryland, D.C. Pennsylvania, and Virginia. In 1985 he sold his pottery equipment and took a 14 year hiatus from art; developing a professional career in Real Estate. In 1999 he was introduced to Anne Schuler and the Schuler School of Fine Arts, by his wife Jolyn. Their Classical approach to Fine Arts was re-inspiring and he began taking evening classes with Anne and Carole Thomson. During this period he was also reintroduced to landscape painting by David Goode, and has since studied still life painting with Andy Gurien, Matt Zoll, David A. Leffel, and Carole Thompson. He has also attended a Plen aire Workshop by nationally known artist Barbara Nuess. Rich is a current member of the Oil Painters of America, and has exhibited regionally, and as far west as the Tubac Center for Cultural Arts in Tubac, Arizona. Rich’s work is represented in numerous private collections throughout the USA & Canada. Currently Rich is an Adjunct Professor at Coastal Carolina University. He is also a member of the Seacoast Artist Guild, The Waccamaw Art & Crafts. Guild, The Carolina Nature Photographers Association, and The Myrtle Beach Camera Club.