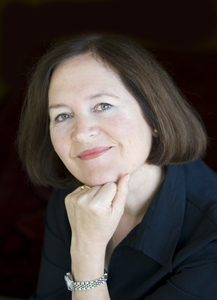 Jacqui Dean is an award-winning Sydney based professional photographer and artist.

Her commercial work focuses on architecture and form, while her art practice explores the natural world, hidden forms and processes of change and transformation.

Jacqui has exhibited widely, including solo and group exhibitions at the 2014, 2013, 2012 and 2011 Head On Photo Festivals in Sydney; Ballarat Photography Festival; Gallery 1140, Malvern Victoria; the 2011 Loupe Awards in Melbourne, and successive Canon Australian Professional Photography Award exhibitions over the past two decades.

In 2012 her show TRANSLUCENCE was a featured exhibition at Head On. In 2014 it was exhibited at the Maud Creative Gallery, Newstead, Brisbane, and was also a featured show in Shimmer Photo Biennale, Port Noarlunga Art Gallery where Translucence was voted the most popular photographic exhibition and earned Jacqui the Robert McFarlane inaugural prize. Translucence is currently showing at Nowra Regional Art Gallery and The Brick Lane Gallery Annexe in London.

Her audio-visual exhibition of work from China, Inner Mongolia, Africa and Argentina was screened at Kodak’s Auditorium in Sydney in 1998.

Her work is held in numerous private collections and by Adelaide University, Port Noarlunga Art Gallery and the Arthur Boyd Collection.

Jacqui has been extensively involved in the photographic industry, holding Board positions with the ACMP and the AIPP, and was the first female AIPP President (2006-2008).

Jacqui also taught photography at TAFE, where she endeavoured to prepare students both technically and artistically. Her teaching ethos was to instill a passion for the form, and technical excellence in the craft and for students to embrace photography’s relevance to contemporary life.

She became an AIPP Grand Master Photographer in 2012. She has been awarded an Honorary Fellowship and a Fellowship of the AIPP and is also a Fellow of the NZIPP.

A body of work created for HeadOn Photography Festival in 2012. There are 25 images in this collection. I have uploaded 5 of them