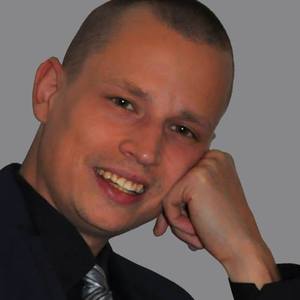 Robin Wagenvoort was born at the 8th of november 1986 in Hengelo in the Netherlands. His parents gave him the birth name: Robert Martin Albert Wagenvoort. Robin comes from a very musical family, father Rob is a classical clarinettist who did his music education at the Conservatory in Enschede in the Netherlands and mother Ine started her singing career when she was only 4 years old, as a country singer. Her music company Tyrolis released 4 international cd’s. Robin starts performing together with his mother and his three and four years older sisters, Nicky and Kim, by singing close harmony. At the age of nearly 10 years old, Robin learned within no time how to play the drums, bass and clarinet. It seems, he is a born musician but he differs from his family, despite his great musical talent.

Robin is a shy boy and is driven by the love for the camera and the countryside where he frequently stays and then often comes home with beautiful pictures which he has taken on the go. After he successfully completed his primary and junior high school, he did the photography training for graphics - and Graphic Designer at ROC van Twente in Enschede in the Netherlands, where he graduated in 2006. During this photography course Robin Wagenvoort specializes in the following sections, portrait photography, studio photography, architectural photography, machine photography, image editing and graphic design with Indesign program.

Professional photographer Jaap Baart from Hengelo in the Netherlands, discovers the young photographer and finds out what a great natural talent Robin is. Jaap Baart who earns a great respect and reputation within the Netherlands as a professional photographer decided to give Robin private lessons and teaches him the most advanced techniques in image editing, straight from America. For instance the "Henna Dream Skin Technology" This creates a mysterious kind of science fiction style, which is highly appropriate and particularly appeals to the female fans in the Netherlands and Germany but also in other European countries, Robin Wagenvoort will not go unnoticed regarding his artistic photographic designs.

Robin Wagenvoort as an autodidact, who has been well proven by his own original three-dimensional style editing, in which he overflew beautiful colored patterns designs in a playful way and recorded on film. The results are amazing. Robin became also intensely interested in other styles which he adopted as his own, including the so-called "Rust Face", "Leopard Face" and "Avatar". He is currently working with a very special design who will distinguish him from all other image editors, the so-called "Leaf Face", where the young artist have been inspired by the movie "Batman and Robin". In this film the actress Uma Thurman's plays the role of Poison Ivy, who mutated to a deadly plant by a failed lab experiment. Poison Ivy is an attractive but very poor woman who tries to seduce Batman by administering a deadly lethal kiss.

Robin Wagenvoort let his imagination run wild by a homemade photo of a maple-leaf tree which he put on the face of a female model in where the veins exactly symmetrical run to the left and the right cheek. He managed to replace the contours of the face by the natural extensions of maple leaf, this gives on a especially dark background a very magical and mystical effect.

Meet Robin Wagenvoort, a new upcoming talent in the art world. A name you will not forget!

Robin Wagenvoort awarded for the Oscar Academy Award Best Artist of the Year 2016
by Dr. Alessandro Costanza, President of the Foundation Constanza in Italy 21th of july 2016

“Robin Wagenvoort received the Certificate of the Academy Awards, Oscar Award Best Artist of the Year 2016”

Robin Wagenvoort received the Certificate of Registration of the World Register of Artists
by Dr. Alessandro Costanza and President of the Foundation Constanza in Italy. 15th of June 2016