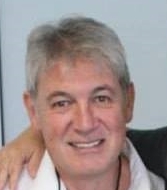 Artist Statement; (March 2014)
“Having been exposed to and growing up with the slow and painful dismantling of an entire way of life by a system seeking progress, I began to understand the careless brutality of the human race. We have become a moving mass, so easy to dispose of things and this reaches down into our very core, even the shelter we call home. South End, Port Elizabeth (up to 1969) was my birthplace and the systematic destruction of this neighbourhood in the name of progress has a great influence on the way I work and the images I produce.
My way of protesting this action is to try and prick the conscience of people by exposing them to that which looks and feels familiar, that which we grew up with – the old way of life when things seemed somewhat simpler. The images I paint reflect an attitude rather than an image, abandonment and despair, but with reference to hope albeit only in our minds-eye. The starkness of the object in a desolate background will serve as an intense focus on the story behind the lives that drifted through these buildings and vehicles and not so much as the object itself. Although the buildings, cars and tractors
are devoid of life the observer is left to draw their own conclusions as to the many stories that the image may evoke in them.”
The images may have been born out of my intense appreciation of Surrealism, but the simple approach adopted by artist such as Edward Hopper is a constant driving force in my work.

"Images of the USA"