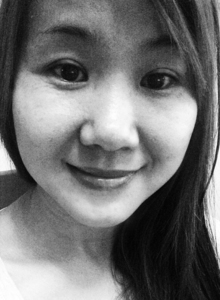 Artist Website: http://www.xuanchen.net for more portfolio.
Xuan Chen is an abstract visual artist. She makes non representational paintings and wall-sculptures. She was born in China, currently a Permanent Resident of the USA as an “Alien of Extraordinary Ability” in Visual Arts.

Although her parents named her after the Chinese ink-brush Xuan paper, they did not expect her to be an artist. It was not until her mid-20s that the name started to fascinate her. While finishing up engineering degrees at the University of California at Berkeley, she sneaked in the Art Practice department. There she found her tribe, learned art-making from the most inspiring mentors, and made the best artist friends. They have been her most valuable intellectual assets ever since.Her influences include the California Light and Space Movement, as well as Color Field abstraction. As a project-based artist, each body of her work focuses on a different concept. In the past few years, she has been working on concepts such as Light Space Intimacy, Beyond Color Field and Op Pop. Within these concepts, her abstract paintings, sculptures and installations are inspired by the contingency embodying in the 2D image-making and the 3D complexity in the contemporary visual world, where digital images and devices play such a huge role in our daily lives. Although her works embrace western aesthetics in contemporary abstract art, she constantly applies techniques, processes and inspirations from traditional Chinese art to her works. No matter what forms of her artwork entail, subjects such as color theory, constructivism and geometric abstraction frequently appear in her art. Xuan Chen has received many national and international awards, grants, solo and group shows in galleries, museums and film festivals.

My IPad-sized wall-sculptures devise an intimate connection between light, space, color and the viewer. Using various media such as embroidery thread, fluorescent paint or color transparencies, I create layered sculptures painted form digitally constructed images. The final forms lack traditional substrates in order to emphasize the physical complexity of the material themselves. The media are constructed on hard surfaces to further examine and challenge traditional painting materials and to emphasize the process of digital image-making. In the sculptures, spaces are constructed by digitally manipulating color and geometric shapes, as well as by physically bending or cutting the supporting structure; aura of light casts on the work itself or on the exhibition wall from the neon colors painted on the bended parts or on the reverse side of the work; or embroidery threads are wrapped on the pieces forming a glowing illusion as if they are tangible lights.

It is clear that these sculptures are influenced by the light and space movement, in which grandiose light installations often directly embed artificial light within objects or architecture, as demonstrated in works by Robert Irwin and James Turrell. Unlike Irwin and Turrell’s work in which the light itself often becomes the space and viewers feel the physical intensity that space can give, my small abstract sculptures are not about the power of space, but about the intimate relation between space and you, about the growing obsession with personalized digital gadgets, or perhaps, about our unrelenting love of beautifully designed objects. Thus, common motifs in my pieces include surprises of light, bright digital colors and welcoming geometric shapes. These spatial arrangements intend to encourage viewers to closely gaze at the work and examine it from different angles like exploring a newly acquired digital device.