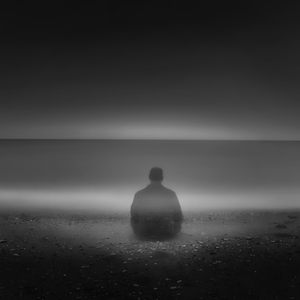 Pygmalion Karatzas was born in Greece in 1973. He studied architecture in Budapest, urban design in Edinburgh, and Ecovillage Design Education in Findhorn. He worked as a freelance architect since 1999, designing more than 20 projects in the Achaia region. A self-taught photographer, since 2012 being involved systematically with artistic and commercial architectural photography, focusing on architectural portfolios, business rebranding, construction yearbooks, editorial.

Distinctions include international competitions Architizer A+ 2014, Sony World Photography Organisation 2014, International Photography Awards 2014, 2015 & 2016, Spider Black & White Awards 2014 & 2016, PX3 Paris Photography Prize 2016. His images are being featured regularly in numerous publications in Greece and abroad. His three collections 'Morphogenesis' are available through blurb.com. Exhibitions include 'Eye See the Story' in Thessaloniki Greece, 'Points of View' in Rome Italy, 'Misty Landscapes' in Athens Greece, 'The Margin - Panhellenic Architecture Exhibition' in Patra Greece, 'KTIRIO Magazine - 30 Years of Greek Architecture' in Thessaloniki Greece. Selected among the 'Grand & Prestigious photographers featured with 121clicks' for 2013 and 2014, and among the 2015 Best Pictures of the Year by Interior Design Magazine.

He collaborates with the Danish Architecture Center as photo editor of arcspace.com, a contributing photographer on Arcaid Images London and iStock Getty Images, and a member of the Association of European Journalists. His on-going research is towards an integral approach to architecture, sustainability and art. Based in Aigion, travels in Greece and abroad for his personal projects and assignments.

‘Nortigo’ is an exercise in shifting points of view as a gesture to reveal new and interesting information, compositions and feelings from spaces designed to form tangible connections between above and below, by looking straight up towards the ceiling, atrium or sky. The progression from indoor to outdoor spaces supplements the introvert/extrovert design polarity, while the pairing of classical buildings with modern, postmodern and cosmogenic architecture allows for comparative viewing experiences and a diverse showcase of the visited buildings and landmarks.