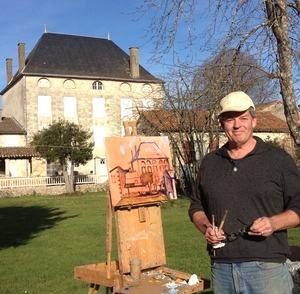 Jean is an accomplished and commissioned portrait and landscape painter. He has been exhibited by the Royal Institute of Oil Painters in the United Kingdom, and by the prestigious Salon d’Automne in Paris. His work is featured in a number of private collections in countries around the world, including Australia, the United Kingdom, the Netherlands, the USA, France, Switzerland, China and New Zealand.

He has studied at the Julian Ashton School of Art at the Rocks in Sydney, and holds a Bachelor of Fine Art from the University of NSW College of Fine Art and was invited to do an Honours year at the completion of his studies.

Jean currently resides and bases his art practice in France. He travels, paints and exhibits extensively in Europe and Asia.