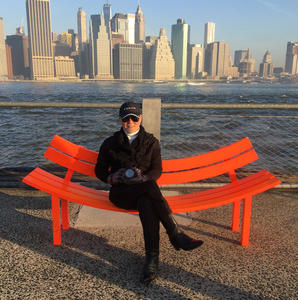 Born in Japan, Mr. Yamaoka studied at Waseda University in Tokyo and graduated with a degree in photography from Art Center College of Design in California. He began his career in commercial photography at BBD&O in New York before opening his own studio, where his clients included AT&T, Toshiba, General Electric, PepsiCo, Time-Life and others of the Fortune 500 list. Simultaneously, he built a body of personal work, making images of day-to-day encounters outside the studio.

After the death of his son in 1997, Mr. Yamaoka concentrated solely on his personal photography, publishing a book, Odyssey, A 35 Year Photographic Journey, and establishing a scholarship in his son’s memory. Shooting extensively worldwide, he continued to develop the themes of texture, stillness, and singularities, in details that capture the passage of time. He has exhibited in critically acclaimed solo shows in New York, Tokyo, Kyoto, Nuremberg, in many cities in Bavaria, Germany, and at the German Consulate in New York. Mr. Yamaoka’s work is included in private and corporate collections worldwide, and in 2008 he was honored when I.M. Pei requested a print for his personal collection.

Mr. Yamaoka has recently returned to themes he explored at the beginning of his career, showcasing the idealized female figure in outdoor settings worldwide.