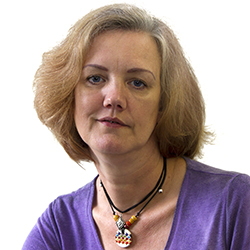 Dalene’s art took her into a career in graphic design and kept her there for half a lifetime, producing some designs most people would recognize on the supermarket shelves, but she did not neglected her fine art.
In that time she worked in many media from traditional oil on canvas to the not-so-traditional on glaze porcelain in which she achieved many accolades including “Best On Show” in two consecutive annual national exhibitions and one 1st place in the advanced category of the national porcelain painting exhibition 2001.

Dalene also achieved both a 5th and 6th category place awards in the
American Art Awards 2015.

Charcoal is a well-loved medium of hers, dominating her work for a while after she laid down her porcelain brushes and returned to her drawing and oil work which started her discovery of her artist flair as a child.

Her artistic style is naturally fairly realistic but she has developed her own contemporary fingerprint through years of study and a strong desire to grow in her oil work. Her realism is evident still amid her more contemporary style, she has managed to develop a merging of the two in a way that is quite her own. Whatever the style, her ability to portray a sentiment, a movement, and expression or an emotion is evident in her collection of figurative and portrait painting.

In more recent works Dalene has begun to explore more deeply the effects and placement of light and atmospheric influence. Her work has also begun to explore more philosophical concepts beyond the narrative.
As a South African, the influence of the county’s racial history and tensions are beginning to show in her work. They appear to celebrate racial
difference in an attempt to dispel preconceptions and fears.

Dalene teaches fine art from her Durban studio and also online by way of webinars and Skype calls. Her facebook and YouTube channel, both entitled Epic Art, are extensions of her online Epic Art Academy.
She has two daughters who both show artistic flair in vastly different areas from her own, and a husband who is a self confessed ‘non-artist’.

“My approach to my art is born from a happy place and a desire to portray the beauty in people, who fascinate me, from personalities to unique structure and traits.

I strive to portray the inner narrative of a subject rather than simply reproducing the features.
After some contemplation it became clear to me that the inner narrative of the subject is by its very nature exclusive of the viewer and the conversation is an inner one, it therefore excludes the viewer from the narrative is a mildly voyeuristic way and so the lack of a direct gaze has developed in importance quite unconsciously. I like to imagine what the subject may be thinking and strive to bring that through in my depiction of the person.
I strive to create a feeling of the subject being quite unconscious of, or at least, unaffected by, the viewers gaze.

Light is very important to me as a painter, I am intrigued by the play of light either direct strong light or the lack of it, on the features of the subject.
Each face has its own subtitles and skin qualities and exploring how the flesh plays with the light brings me enormous satisfaction.

As a result of this my brush strokes are varied from one piece to the next, some being bold in an attempt to portray masculinity or dramatic emotion. Others are softer, more feminine, in an attempt to portray a moment of peace and serenity. Similarly my colours are exaggerated, either exceptionally cool out of direct warm light or strong transitions in direct light.

I am often more satisfied when I get the feeling of a slight mystery behind the expression or movement of my subject.

In recent years I have striven to work only from my own photographs or preferably from life. In my development as a portrait and figurative artist I did work from the photographs of a photographer with her permission but I am more fulfilled painting a subject I have captured entirely on my own, I therefore no longer do this. I feel the first hand experience of the subject I get from taking my own photographs a huge asset in attempting to capture the moment on canvas.
I also find myself more and more using the source material as suggestion and embellishing it artistically to help portray what I feel is important as I have become more adventurous with my marks and colours over recent years.

Ultimately I strive to portray that fleeting moment as a thought passes, and just when I feel I have it, I feel I have lost it and so the search for the fine balance between portrait and internal dialogue plays out in each of my portraits.

I hope I will never quite acheive it.”

Dalene can be contacted via the following channels:

These works have been inspired by the current condition in South Africa.
The racial tensions in this country are palpable and nearly 25 years of democracy have done little to appease the majority for the oppression they suffered under apartheid. The minority become more fearful as time goes on and the anger mounts against them. The majority find little or no support from their new oppressors, their own government.
This series began as a project to attempt to portray the positive influence these groups have had on one another and to encourage and brotherhood between them.
Once the project got started I began to realize the apparent futility of the small voice of one artist in a tumultuous and volatile political climate. I became more disillusioned with what I was attempting to do and even began to be fearful myself as a member of the minority, despite my previous confidence.

The project is ongoing and I continue to look for the previous confidence I felt that this country will eventually reach true peace and acceptance.

We must ..... for the future looks destructive.

"Brothers" was the second piece I painted for this series. I wanted to create an image that described the togetherness of the race groups. To amplify those small pockets of love that can be found between the members of these groups.

"Blank de Noir" was the first image I painted for this series.
It was inspired by my own upbringing in a home where my mother worked and I was raised by a black woman who left her children at home to work earn an income. Many arguments can be made on may sides of this multifaceted issue and/or non issue but my intention was to honor the mothers both black and white.

This project started out with the racial hatred spewed out over social media, one colourful South African group to another. The hands of jealousy and hatred is as alive in this apparently colourless country. I am faced with the stark reality that there is nothing I can do to heal neither this countries pain, nor my own.

A celebration of the traditional Zulu culture that surrounds the area I live in.

As the traditional drummer reminisces about her fallen culture, so I regret the forefathers that created both the loss of her past and the loss of my future.
For we, the results of the oppressive invaders, must pay retribution for their failures.

My huge love of portraiture resulted in a small series of portraits that I painted while exploring the play of light and of paint on the facial features of interesting subjects.

“Portrait of a lady”

An exploration of light

“Rhonwyn in the garden”