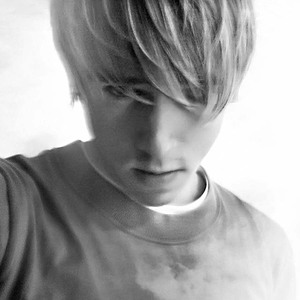 Graduated from the Institute Design Palladio in Verona with a degree in Graphic Design and Advertising Design, Emi Haze is an Italian freelance digital artist and illustrator with a strongest passion for art and painting connected to technology.

His digital works are a mixture of textures and hand-drawn ink marks, acrylic or watercolour stains.
Piles of tree branches, clouds forming hair, faces that melt with air and sky, human silhouettes that arise from expanses of earth and roots...
In the “ethereal world” of Emi Haze, human body merges with nature and its four elements of fire, air, water and earth to give birth to his inner world, visionary and imaginative, hanging in balance between reality, dream and fantasy, in which color and sensitivity have the predominant role.
An art that at first glance stands out for its aesthetic beauty, given by countless graphic and natural elements, which while immersed into a deep and immense ocean of colors shape themselves around a perfect human figure.

He collaborated with the agency Goodby, Silverstein & Partners of San Francisco to be part of the Photoshop 25th Anniversary special advertising campaign commissioned by Adobe. His work “Cosmogony: Origin of the Universe” was included on the Adobe Photoshop 25th anniversary "Dream On" Oscars Spot was featured during the Academy Award Oscars 2015 ceremony and was also used in other media as part of an international bigger campaign.
Today it has been watched over 2 million times on YouTube and has achieved three awards at Cannes Lions International Festival of Creativity 2015, a Graphite Pencil D&AD Award, two AICP Awards, a Webby Award and a nomination for Outstanding Commercial at Emmy Awards 2015.

Recently he collaborated with the Wacom Art Studio of Washington for the new Wacom Intuos tablets advertising campaign.

He has worked on the cover illustrations of the Italian editions of “Vanishing Girls” and “Panic”, the latest books of the the New York Times best-selling author Lauren Oliver.
The big appreciation for these covers allowed him to be contacted by Penguin Random House of New York to create the cover jacket of “Glitter” the new young adult novel by the New York Times bestselling author Aprilynne Pike.

He has achieved exceptional awards: a Gold Winner 2015 in Multimedia / Online Advertising Design at the IDA Design Awards of Los Angeles and a Silver Winner 2016 in Photography and Photo Manipulation Design at the A' Design Award and Competition of Italy.

His artworks has been published on international magazines and specialized websites all over the world and are on sale in many art galleries.

The human being merges with nature or rather with the four elements of fire, air, water and earth, and even with a fifth esoteric element: the Aristotelian ether, that includes all the others, the essence of celestial bodies, eternal and unchangeable in comparison with the earth as a plance of change.
The result is the vision of an imaginative world hanging between reality and fantasy, dream and utopia and in which color and sensitivity have the predominant role. An harmony that binds man and nature in a perfect way and which unfortunately nowadays seems to be a utopia.
Piles of tree branches, clouds forming hair, faces that melt with air and sky, human silhouettes that arise from expanses of earth and roots... this is my visionary world.
Some of these artworks had been chosen for international advertising campaign by several big brands and agencies like Adobe, Goodby, Silverstein & Partners and Wacom.

“Cosmogony: Origin of the Universe”