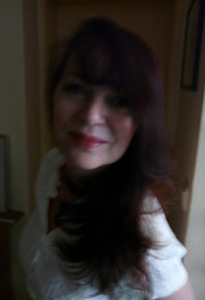 The first solo exhibition of paintings and drawings of "Impressions" in the gallery of "Kurija", Zagreb. Participating in several international and group exhibitions, including the juried exhibitions in the U.S., VIII and IX International Exhibition "Women Painters" in Majdanpek, Serbia, 5. and 6. Zaprešich Biennale of watercolors, which, as an exceptional cultural "export" the product of a bridge of cooperation with museums and galleries will travel to Croatia, and outside our homeland. At the International Exhibition and Competition in Contemporary Art, Lituanian ArtWeek, Vilnius, Lithuania, won first place in the category of landscape and 3 place in the category with the works of watercolors, "Back Home" and "Iris." AIR/HMC International Artists Residencies and 9 X 12, Very successful Budapest exhibition. Published in book Croatian Neretva's Bulletin 2 / 2010, member HDLLU Zagreb.

Jasna Dragun born in Tovarnik, but her life's path began in Metkovi? where she educated Showed artistic talent even as a child, but life has taken her all over Europe as a member of the cultural association "Metkovi?". She collected so knowledgeable experiences, she learned by watching and using every opportunity to draw and paint. And so on until she came to Zagreb and Sesvete where she joined in the operation and joint activities with a group of artists gathered around the Museum Prigorje. Acknowledging her talent all results in her first solo exhibition of paintings and drawings "Impressions" in the Gallery "Kurija", Zagreb. Participates in several international and group exhibitions, including the juried exhibitions in the United States, 2010./2011. at the VIII, IX and X of the International Exhibition "Women Painters" in Majdanpek, 5. and 6. Whistle Biennale watercolors 2009./2010., 2011./2012., which, as exceptional cultural "export" the product of a bridge of cooperation with museums and galleries, traveling around Croatia and outside our country. At the International Exhibition of Contemporary Art and competition, Lithuanian Art Week 26th The 1st-10th The 2nd '10., Vilnius, Lithuania, wins first place in the landscape category and 3 in the category of watercolor works with "Homecoming" and "Iris." In 2011. participating in a very successful international exhibitions AIR / HMC International Artists residencies and 9 X 12, Budapest, Hungary, which is exhibited in America, and organizers donated exposed work. In August 2011. participating in a group exhibition by members HDLLU, Zagreb, and in the same year. in "Library Cesarca", Zagreb. On SESVETE's autumn, October 2011., participates with a solo show at the National University, the Gallery "Oblok", Zagreb.
Published in the book CROATIAN NERETVA's BOOK 2/2010. and 4/2012., as in WWAB, International guide artists. She is a member HDLLU, Zagreb.
She lives and works in Sesvete.

“Home by the sea”