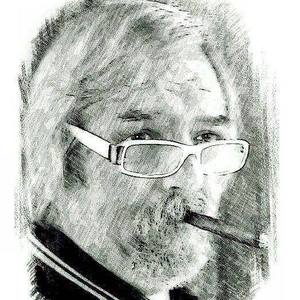 Contemporary art continuously relies on experimentation. It follows a path that was initiated by the great artists of the 20th century. They were artistic pioneers who finally embraced the use of new and atypical materials in a context that is the natural result of the combination of new artistic taste and developing historical events. Initially, these materials were sand, plastic, cork and iron sheets. Later on, Pop Art introduced the use of waste as artistic material. After getting rid of its initial provocative side, this new idea inspired the higher concept of recycling. As a matter of fact, in addition to being an emotional and psychological experience involving all senses; art has indeed always been influenced by current issues.
Artists portray the joy and sorrow of society, its golden age, its highs and lows, through the use of a brush, of a chisel and other tools. As a result, contemporary art is confronted with issues that are the result of an increasingly technological and artificial world, where pollution is at the forefront of such problems. Therefore, art appears in the form of the increasingly common practice of recycling, according to Gabriel García Márquez’s idea that: “things have a life of their own, and one only needs to make their soul resurrect”. Waste, which would otherwise be abandoned in ever growing rubbish tips, undergoes a double re-evaluation: First, it becomes worthy of being used again and therefore it gains a new life and experiences new ways of being employed. Second, it upgrades into an artistic object and becomes part of a creative product. Rubbish becomes a completely integrated part of this product, a tool and means thorough which the artist’s emotions are expressed, and it gains a value that is equal to that of other noble elements such as colour and drawings.
Artists, who got together to support EMERGENCY by taking part to the Zago and your friends’ charity Art Exhibition, are from different nationalities and hold different chromatic and stylistic preferences. All this paintings are defined as the product of “four hands”. The real innovation and the special feature of this realisation lies in the fact that all of the 100 participating artists put themselves in the hands of only one artist: Gianantonio Marino Zago. They all accepted to make a risky bet: they all created their own piece of art work, but then agreed that another artist would further complete them. They embraced the possibility that their creations could become something different, something that still intrinsically reflects their ideas, but that, at the same time, becomes something completely new; the product of a process of cultural and artistic osmosis.
The paintings are the result of a mixture of materials and techniques, although all join together by a common expressive search. This search becomes a tactile experience: it is possible to perceive how materials extend beyond the boundaries of the frame to become reality. Materials become an extension of the art work by means of real objects appearing on canvas. These objects, randomly collected from kerbside and urban rubbish bins, are used in a non-random way. Zago selects the materials on the basis of a set of emotional and aesthetic criteria still fully respecting the harmony of the previously completed product. Sometimes he recreates some “trompe-l’oeil” effects, where the paintings recall the materials and the two are almost impossible to distinguish from each other.
Pop art therefore appears in the form of Coca-Cola® or Fanta® cans, some of the artist’s favorite objects. Moreover you can see cigarette packets, abandoned stuffed puppets, torn shoes, pens, belts, brushes and much more. Zago creates multi-material art work that he occasionally also performs by using oil based pastels, a type of technique used to represent symbolic subjects become a very powerful graphic element.
In such context, art becomes a means to fight the system and it also becomes a political and social statement promoting human rights, peace and solidarity. In the era of globalisation – far from a cold and mechanical virtual world – art becomes a real tool through which one can express their own ideas.
Thanks to this International event, these ideas become evidence of emancipation and a vehicle for knowledge that is accessible to everyone. The artwork gains an enforced or even a new meaning. It become a vehicle for a message that is closely related to current issues that fully comply with EMERGENCY’s cause. These issues include; spreading social problems, job loss, human trafficking and the unacceptable drama of war victims. Such topics are dealt with expressive boldness and are occasionally matched with equally sagacious irony, striving to arouse and tease people’s mind so they can finally look beyond the dust of a pre-made reality; they can stop and think to come up with their very own personal view of the world.

“The orient in Verona”