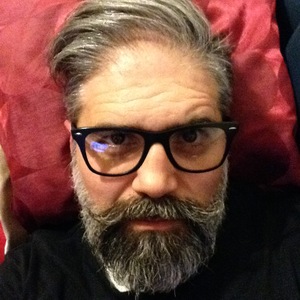 Fabio Borg (b.1974), started to explore the world of art ever since he could hold a pencil. From a very young age he started studying drawing and painting at the School of Art in Valletta, Malta under the tuition of artist Anthony Calleja. He also studied graphic design and worked as an art director with various advertising agencies in Malta. At present Fabio is a teacher within a secondary school.

Fabio had spent some years in Italy where, besides meeting various Italian artists who helped him in developing his ideas and thoughts, he studied theology, philosophy and psychology, in which he obtained a degree. These academic studies show a great influence in his works. This could be seen in his second solo exhibition held at The Museum of Fine Arts in 2004. His paintings are filled with hope and the colours play an important part in his works.

Since 1999, he has exhibited his works extensively in Malta and Gozo.
Fabio's work is an expression of his inner being. Fabio says that his work is a mirror of his personality. He believes that we are always in search for perfection, but we can never achieve it in this life. This idea is portraied within his works by the horizontal and vertical lines. Improvisation and spontaneity do play an important role in his art enhancing the absolute harmony between the artist and his work that Fabio seeks to pursue.
The majority of his new paintings are done with different medium and the main medium used is acrylic.

Lately Borg is also expressing himself using installations, in which the concept or idea involved in the work take precedence over traditional aesthetic and material concerns.

Some painting depicting various places in the Mediterranean island of Malta

“One against the other”

“Next to each other ”