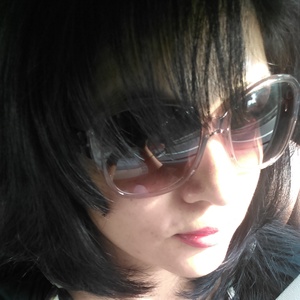 Internally driven, and emotionally charged, Monnarts's original Modern art, Oil
Paintings, acrylic painting, Knife Art paintings have been described as "dark yet
uplifting simultaneously".
Monnarts works in a wide variety of mediums. When viewing Monnarts's
portfolio for the first time one is under the belief that the works presented are
the creations of several talented artists. The diverse collections however are the
efforts of just one. Explosive abstract art paintings, contemporary, spiritual
paintings, original Modern art, Oil Paintings, acrylic painting, Knife Art paintings
and her intricate and obsessive circle drawings are just some of the styles you
will uncover when you delve into Monnarts's portfolio of works.
"Monnarts's expansive surfaces command the attention of passers-by, reward
the focus of new as well as seasoned collectors and transform a static wall into
a crystal ball. Few creations rival the pure power, active style and personal
impact of Monnarts's work."
Monnarts is a self-taught, abstract painter from the India. While Monika has
been creating art in various forms throughout her life it was not until 2006, that
she started creating her art on a full-time basis.
In a fairly short period of time, Monnarts accomplished unheard of
achievements for a self-taught & self-representing artist. Selling her original
abstract art & mixed media paintings via methods that most in the art world
deemed unconventional, Monnarts garnered the attention of astute,
contemporary art collectors around the world. By the end of 2016 Monnarts sold
over 300 original paintings to art collectors.

Monika hasn't uploaded any images yet. Please check back soon!