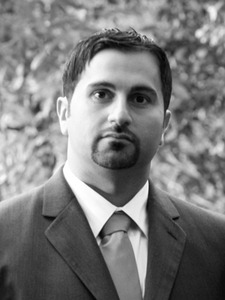 Thamer Hannona makes his home Los Angeles, CA with his wife and daughter. He graduated in 2001 with a B.F.A in transportation design from the College for Creative Studies in Detroit, MI where he grew up. He has since been working as a creative car designer with General Motors. Thamer was the lead designer of the Chevy HHR and was involved in the early stages of the Chevy SS concept. He's also worked on several concepts and production programs in both the U.S. and Brazil. When he's not designing cars for GM, Thamer enjoys spending his free time painting and drawing. His love for cars and design dominates the subject of his paintings. His style is a mix of modern expressionism and industrial and graphic design. He also experiments with all sorts of mediums from oils and acrylic to mix media and digital.