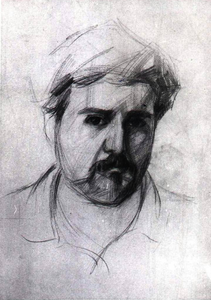 Haitham Al Hamad was born in Homs, Syria, and studied Fine Arts at Damascus University receiving his Bachelor degree in 1992, and Graduate degree in Mural Painting in 1994. He is a member of the Syrian Fine Arts Association and Qatar Fine Arts Association. Al Hamad participated in various art and cultural fairs, as well as showcasing his art in many galleries in Syria and Qatar. Interested in Islamic painting, especially the Islamic miniatures. Haitham Al Hamad is currently residing in Qatar, working at the Doha Fire Station " Artistes in residence"
Third place in London Art Biennale 2017. XIth Florence Biennale / Florence Biennale International Selection Committee (CIS).

The departed and transplant

The accomplished Syrian artist Haitham Al Hamad currently creates his unique paintings at the Doha Fire Station “Artists in residence” in Qatar. As a member of the Syrian Fine Arts Association and Qatar Fine Arts Association, Haitham has exhibited his works in many galleries across Syria and Qatar, also participating is prestigious cultural fairs.
Haitham’s passion for Islamic painting and miniatures leads him to a complex artistic journey that culminates in terrific expressionist works. From academical forms of portrait and still lifes to innovative themes and compositions, this multi-talented painters is able to give life to a rich magical aura and fantastical nature that surpsases ordinary. Haitham uses incredibly vibrant colours and an amalgamation of animated forms, which electrify and give an otherworldly intensity to the subject matter within his paintings.
Thus, transforming the everyday into something extraordinary. Haitham paints his surroundings and transforms veracity into an ethereal obscure creation, full of vigor and pulsating with spirit.

Haitham has the talent of breathing whimsical life through his unique development and portrayal of connection and communication through these stimulating abstract forms. The distinctive and skilled technique of capturing different shades of light, which are glowing with radiant hues, encourages intense spiritual meaning and relations with the observer.
Finally, Haitham is a unique artist who promises exceptional evolution in his creative pathway, becoming more and more deep in personal meanings. In anticipation, the viewer is intrigued to see which compositions and ideas will occur in his future career.

Haitham Al hamad :
This space of whiteness in front of me makes up the beginning of the story that listed, where characters begin moving with their Mystic colors, haunting me until they rest in their inevitable place portraying the title of a Tale that is narrated
The tsunami sweeping our region today is already unreasonable human action that cannot be imagined. So through shadow and light of the drama of color I am trying to understand the reasonable things in the inhumanity as a concept that grows in the era of the virtual media.