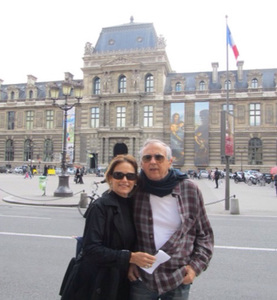 He began painting in 1972, in gouache, oil and acrylic. It started as a hobby, it was already an entrepreneur.
At the time he decided to focus on his activities as a businessman. Had a company that demanded all his time, unfortunately, left the painting four years later.
The passion for painting remained. When began to appear the digital painting software became interested again in art.
In 2009, with the sale of his company, he returned to devote himself to painting. He made two solo exhibitions in Sao Paulo, Brazil, with works in gouache. In 2015 he participated in a group exhibition in London in Brick Lane Gallery, with paintings in acrylic. But currently is excited more with digital.