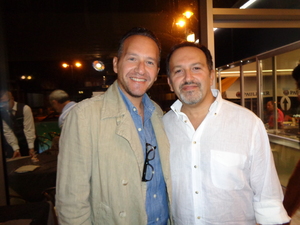 Born in Palermo in 1974, I have been having a natural flair for the shot since he was 10, using a Polaroid 1000 model borrowed from my brother. A few years later the first experiments in street photography gave way to the glossy world of glamour. The real revolution begins owning a Kodak's bridge camera with a 24x zoom which trained my eye to look for the hidden details of things, as in an imaginary game in which there is always something hidden from reality that may tickle the wonder of surprise.
In 2008 I returned to the glamour theme placing as finalist at the 6th edition of Paris' PX3. A few years later I inaugurated my portfolio on Vogue Italia's PhotoVogue portal reaching more than 500 photos. Since then, international honors have dropped with some regularity and this has pushed me to challenge my skills more and more, even in the field of documentary photography.

The visual story of a trip on the ferry from Palermo to Civitavecchia. A tour of tourists but also of individuals like me who leave a city they love, such as Palermo, but are forced to go far to look for job opportunities since Sicily has not the potential to offer them.

“Hair in the wind”

“Human shadows on the sea”