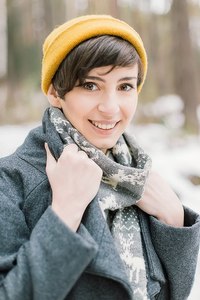 Real name is Maria Shestakova, I write under the pseudonym Mari Dein.

Born in Nefteyugansk, a small town in Siberia. Up to 12 years old, my father taught me how to paint, just as his uncle taught him, we can say that we have a small dynasty of artists. At the age of 12 I went to art school. After graduating from the Ural Architectural and Art Academy. I traveled a lot and part of my family lives in different countries: Germany, Ukraine, Norway. This greatly affects my perception of the world, increases my horizons. Now I live and create in Ekaterinburg.

Art is a way of transmitting thoughts and exposing emotions. I like to find inspiration in color and texture, which is reflected in my work.

I try to develop my technique with a palette knife and experiment with others. In particular - epoxy painting, so rare for Russia.

Resin art and oil technique. Work with layered filling. Search for new points of contact of different techniques. Some of the paintings are related to an unfinished series of works devoted to an endangered animal.

100x100 cm, plywood, oil, palette knife, epoxy resin.
The first work of the "Disappearing" series. The series focuses on endangered species of animals listed in the Red Book. The first layers of oil hidden under a translucent resin. The image literally disappears in the picture.Bongo Antelope - Near Threatened (NT). It's still good seen but it is already beginning to disappear.

100x100 cm, plywood, oil, palette knife, epoxy resin.
Work from the series "Disappearing." The series focuses on the animals listed in the Red Book. The sea turtle loggerhead refers to endangered species (EN) - these are species that are prone to extinction due to their critically small numbers or the impact of certain environmental factors.
By the means of layer-by-layer alternation of oil and epoxy resin, the effect of the "disappearance" of the animal in a white veil is created.

I like to find inspiration in color and texture, which is reflected in my work.

90-80 cm, oil on canvas, acrylic, palette knife. This work is a flight of thought that despite the new technologies of cinema, the most moving and important are the living human emotions of the actors.

90-80 cm, oil on canvas, palette knife. This is a portret of a instagram model. New social spheres create new stars